One Man Changes his Life After Fearing a Mental Breakdown in New Novel, "Lorenzo’s Mind" 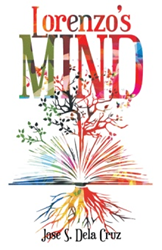 Lorenzo, 62, is plagued by recurring nightmares, so he embarks on a journey of self-discovery to understand why. When he learns he is suffering the effects of litigating a major case, Lorenzo fears he is having a mental breakdown, decides to shun his perfectionism and take a new, more relaxed approach to life.

After Lorenzo spontaneously decides to fulfill a lifelong dream and vacation in Europe with his wife, he begins exploring the significance of the essence of man’s existence: the mind. As he searches for answers to his psychological dilemma, he helps others along the way while contemplating man’s purpose, looks at the irony of significant historical events and reflects on the power of the human mind to change the world. It is only after he returns home that Lorenzo realizes that his nightmares may have been a blessing in disguise as he slowly unveils the secret to happiness.

“I would like readers of my book to be more aware and sensitive to mental health issues and the people who suffer from these illnesses. I also want people to understand that mental problems and diseases need to be diagnosed and treated just like the bodily illnesses and injuries that are treated as a matter of course,” Dela Cruz says. “As the world becomes more and more technological and technical, our brain is called upon to work harder and harder, causing it to break down every now and then. For many, suicide becomes the ultimate mental breakdown.”