Brian Trent publishes "The Nightmare Lights of Mars" to the delight of Escape Pod's editor. 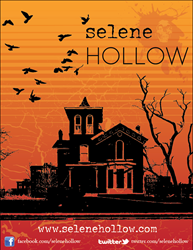 Structurally Brian did some really interesting things with that piece… that’s really clever, nuanced writing… exactly the sort of subtle characterization that people like to claim hard SF doesn’t know how to do.

Brian Trent of Prospect, Connecticut had his third short story published this year since his win and publication in the bestselling Science Fiction anthology series – "L. Ron Hubbard Presents Writers of the Future Volume XXIX" this past April. His short story, "The Nightmare Lights of Mars" was sold to and published at Escape Pod, skillfully narrated by voiceover artist Veronica Giguere. Escape Pod responded to the story with, “Holy Wow. That was four different colors of amazing. Structurally Brian did some really interesting things with that piece… that’s really clever, nuanced writing… exactly the sort of subtle characterization that people like to claim hard SF doesn’t know how to do… a chilling final image… I adored how closely this sits with the truly great Mars stories. The end result is chilling and beautiful and honestly, one of my favorite stories of the year.”

Escape Pod is the premiere science fiction podcast magazine. Every week they publish short stories in a convenient audio format for your computer or MP3 player. The stories are free and they are supported through listener donations and sponsorship.

Brian was honored at the 29th Annual L. Ron Hubbard Achievement awards this past April, 2013 at the Wilshire Ebell Theatre in Los Angeles. Brian's winning story, "War Hero" published in the bestselling anthology. In August, Brian was featured in both the online publication Daily Science Fiction with his story, "Sparg," and in the online publication Apex for his story "A Matter of Shapespace." He has furthermore sold the forthcoming story "Through the Eons Darkly" to Galaxy's Edge magazine.

Brian is a philosopher, writer and in addition to his love of and science fiction short story publication history, is also a screen writer with a current project in post production, "Selene Hollow," a successful Kickstarter project that reached its funding goal and has just completed and released its trailer.

The Contests were initiated by L. Ron Hubbard in 1983 shortly after returning to the field of science fiction with his bestseller "Battlefield Earth". And to date the contest has launched the careers of 12 New York Times bestselling authors.