macOS Catalina orphans thousands of scanner models without 64-bit drivers - VueScan 9.7 rescues them from the landfill

The latest release of macOS - macOS Catalina - released by Apple on October 8, 2019 has orphaned thousands of scanner models that lack a 64-bit driver from their manufacturer. macOS Catalina was the first version of macOS to require all software to be 64-bit and include additional code-signing. Hamrick Software provides supports for macOS Catalina with VueScan. 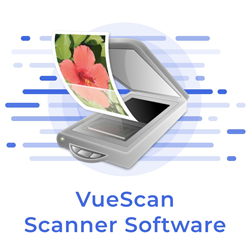 We have seen a massive increase in the number of people trying our free trial version over the past few days, VueScan lets people to continue using their scanners on Catalina, saving the environment and saving money - good on both counts. says Ed Hamrick, President of Hamrick Software.

Many vendors have chosen not to update their old software to be 64-bit or include the new code-signing which has orphaned thousands of models.

Hamrick Software, the developer of VueScan - the world’s most widely used scanning software – is rapidly increasing its customer base (already above 800,000) as people are turning to VueScan to ensure their scanner still works.

Tried and trusted for 20 years, the developers at Hamrick Software have recently released VueScan 9.7, which enables Mac OS Catalina users to continue using their existing scanners.

Ed Hamrick, President of Hamrick Software, says “One of the main things that Apple has done in Catalina is remove support for running 32-bit programs. Scanners don’t wear out and people like to use their scanners for a long time, sometimes for 10 or 15 years. However, most vendor-supplied scanner drivers are 32-bit programs on Mac OS and don’t work on Catalina. VueScan lets people to continue using their scanners on Catalina, saving the environment and saving money.”