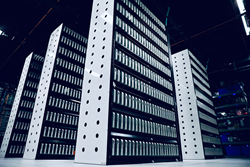 The Deloitte announcement comes on the heels of a newsworthy year for MacStadium. Last month, MacStadium was recognized by Tom Boger, Apple’s senior director of Mac product marketing, during the keynote at Apple’s Special Event where the company released its new Mac mini. The Apple executive highlighted MacStadium’s data centers which house over 8,000 Mac minis and provide developers with the Mac infrastructure to create popular apps like Spotify, Day One, and Candy Crush.

Apple and Mac are registered trademarks of Apple Inc., registered in the U.S. and other countries. Other product names, logos, and brands are property of their respective owners.