Maple syrup from the Mohawk Valley Trading Company is reviewed by Daisy Burgos on her blog “Daisy's Reviews”. 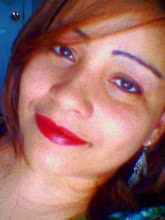 I was really impressed with Mohawk Valley for making this great maple syrup; it truly made my pancakes and waffles taste very different, also so much flavorful. - Daisy Burgos

“I was really impressed with Mohawk Valley for making this great maple syrup; it truly made my pancakes and waffles taste very different, also so much flavorful.”

Next to honey, maple syrup is the most popular natural sweetener in North America and its production predates European colonization. Early Native American societies in Canada and the northeastern United States were distilling maple tree sap making maple syrup and sugar before those geographic boundaries existed. Maple sugar is made from the controlled crystallization of maple syrup and takes several forms.There is no written record of the first syrup production but several native legends persist. Many tribes celebrated the short maple sap collection season with specific rituals.

The Native Americans collected maple sap from v-shaped notches carved into maple trees. The sap was diverted into birch bark buckets using bark or reeds. It was concentrated by placing hot stones into the buckets or by freezing the sap and removing the ice, which is composed only of water.

When Europeans reached northeastern America, they adapted native techniques to make their own maple syrup. The v-shaped notches were replaced with auger-drilled holes. This practice is less damaging to the trees. Bark buckets were replaced with seamless wooden buckets carved from lumber rounds. The method of sap concentration also changed from passive to active. Large amounts of sap were collected and brought to a single area where it was boiled over fires in round cauldrons until reduced to the desired consistency. ‘Sugar shacks’ were built expressly for the purpose of sap boiling. Draft animals were often used to haul fire wood and large containers of sap for sugaring. Maple syrup was an important food additive in early America, because imported cane sugar was not yet available.

In the mid-1800’s syrup production changed again. Round cauldrons were replaced by flat pans in order to increase surface area and therefore allow for faster evaporation. Over the next 60 years, several variations on this design were patented. Draft animals were replaced by tractors and heating methods expanded to include propane, oil and natural gas as well as wood.

The 1970’s represent another period of major changes in maple syrup production. Plastic tubing running directly from trees to the sugaring location eliminated the need for energy and time intensive sap collection. Reverse osmosis and pre-heating made syrup production more efficient. Recent advances have been made in sugarbush (maple trees used primarily for syrup production) management, filtration and storage.

There are two well-known systems maple syrup grading in use today. One system is used in Canada (where 80% of the world’s maple syrup is produced) and another system is used in the United States of America. Both systems are based on color and translucence which relate to the flavor of the syrup. Different grades are produced by the same trees over the length of the season.

French toast, waffles, pancakes or oatmeal are regularly served with maple syrup and it is used as a sweetener or flavoring ingredient in baked goods and ice cream. Since maple syrup recipes usually do not specify any particular grade to use, take into consideration that darker colored syrups will produce dishes that a have a pronounced maple flavor.