Critical Response Group Inc. has entered into a strategic partnership with the Massachusetts Chiefs of Police Association to provide Collaborative Response Graphics® (CRGs®) as a standardized common operating picture for first responders throughout that state. 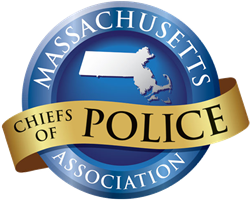 "Straight forward, common sense mapping is essential to the professional deployment of first responder assets in a crisis."

Critical Response Group Inc. is proud to announce that we have partnered with the Massachusetts Chiefs of Police Association to provide Collaborative Response Graphics® (CRGs®) as a standardized common operating picture for first responders throughout that state.

Massachusetts joins the quickly growing ranks of states across the country in recognizing that the lack of a standardized common operating picture being available to first responders continues to slow response times and needlessly complicates the coordination of emergency resources.

“The Massachusetts Chiefs of Police Association recognized the unique opportunity that Collaborative Response Graphics (CRGs) offered to address a critical need in our cities and towns. Straight forward, standardized common sense mapping is essential to the professional deployment of first responder assets in a crisis. CRGs offer that solution at an affordable price. We’re proud to be their partner in this endeavor,” said Chief Mark Leahy (Ret), Executive
Director of the Massachusetts Chiefs of Police Association.

Known as “America's Common Operating Picture,™” CRGs are sophisticated, yet simple to use visual communication and collaboration tools that are useable under stress to coordinate emergency response efforts both outside and inside a building. CRGs enhance response time and improve command and control efforts during any emergency.

CRGs were born from lessons learned by the United States Military Special Operations community overseas. Like domestic first responders, our military faced the challenge of communicating about unfamiliar locations while under stress. To solve this problem, they developed a visual communication tool that combined a gridded overlay with high-resolution overhead imagery so that operators could easily and effectively communicate about unfamiliar locations.

Critical Response Group enhanced that communication technique by creating CRGs to solve the same problems encountered here at home. CRGs are designed to be standardized common operating pictures that combine geo-rectified accurate floor plans, up to date site-specific labeling, high-resolution imagery and a gridded overlay. They allow everyone at an incident to easily communicate locations and coordinate their response during life-saving efforts.

The principles that CRGs have been built upon have been validated by thousands of real-world incidents under the most stressful conditions and are deployed across the United States and internationally to protect schools, businesses, hospitals, and other critical infrastructure.

For more information on the Critical Response Group, Inc. and Collaborative Response Graphics (CRGs) visit their website at crgplans.com . You can find additional information here: https://youtu.be/10aghbY3AKI