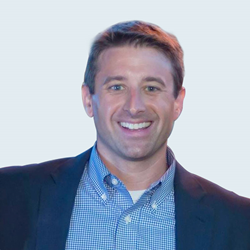 Matt’s experience, integrity and enthusiasm will prove invaluable to our client work and in support of our core values.

Red Banyan, a crisis management firm focused on managing complex, high-stakes communications issues, has hired Matt Franzblau as Senior Account Executive. Based in Ft. Lauderdale, Franzblau is responsible for working with Israel’s Sheba Medical Center, the largest and most advanced hospital in the Middle East.

Franzblau also works with six of Sheba’s fundraising hubs in North America and Africa. A Bridgewater, N.J. native, Matt received his Bachelor’s degree in Broadcast News from West Virginia University, where he then went on to become a television reporter at small market stations in West Virginia and Illinois.

After obtaining his Master’s in Strategic Communication from the University of Kansas, Franzblau became a sports information director in athletic departments at Oregon State, Stetson and Penn State Universities. Following his time in college athletics, Matt returned to Florida where he worked in numerous roles at Jewish Federations throughout the state, ranging from communications to fundraising.

“To be hired during a global pandemic by a leading PR firm and represent one of the top ten hospitals in the world, is truly a privilege,” Franzblau said. “I’m excited to start spreading the word about Sheba and its many achievements.”

“As Red Banyan continues to grow, we are pleased to add Matt to the team,” said Red Banyan Founder and CEO Evan Nierman. “Matt’s experience, integrity and enthusiasm will prove invaluable to our client work and in support of our core values.”

Since its launch in late 2010, Red Banyan has continued to expand, establishing itself as one of the leading crisis PR agencies in the United States. With offices in South Florida, Washington, D.C., Atlanta, and Los Angeles, Red Banyan provides crisis management, litigation support, media relations and other strategic communications services to a variety of national and international clients.