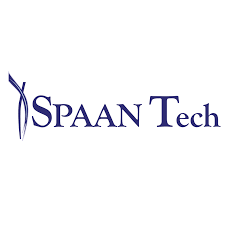 "This is truly an honor for the Indian-American community here in Chicago and for me personally," said Smita Shah, President and CEO of SPANN Tech, a construction and engineering management firm and founder of the Legacy of Mahatma Gandhi luncheon.

“This is truly an honor for the Indian-American community here in Chicago and for me personally,” said Smita Shah, President and CEO of SPANN Tech, a construction and engineering management firm and founder of the Legacy of Mahatma Gandhi luncheon. “This idea grew out of a recognition that Chicago is composed of many communities, and that we have to honor all and exclude none. This program allows us to recognize the Indian Community of Chicago, and through Mahatma Gandhi, consider how we can all have an impact on improving lives by working together.”

Delhi’s position as a sister city to Chicago demonstrates the strong relationship between India and the city as well as the cultural importance of the established Indian-American community to the Chicagoland community. Under Shah’s leadership, the Delhi Committee of Chicago founded the Annual Legacy of Mahatma Gandhi Luncheon in 2014, honoring the long-standing exchange of ideas between Mahatma Gandhi and the U.S., and the ever important principles of truth and non-violence.

OFFICE OF THE MAYOR

WHEREAS, October 2, 2019 marks the occasion of the 150th anniversary of the birth of Mahatma Gandhi; and

WHEREAS, Gandhi is revered the world over for his nonviolent philosophy of passive resistance and as an advocate for all people, including the poor and disenfranchised, championing the causes of education, economic opportunity, and equality amongst all; and

WHEREAS, Gandhi is often named among the 20th century's most important figures, and remains admired in India as a father of the nation proving that one man has the power to take on an empire, using both intelligence and ethics to make an impact on today's world and showing the importance of resolving differences through peaceful means; and

WHEREAS, Gandhi had a close connection to many Americans and drew inspiration from Henry David Thoreau's essay on the “Duty of Civil Disobedience,” which had a great deal to do in shaping Gandhi's own thinking on the subject and to him influencing several African American leaders such as Howard Thurman, Benjamin Mays, and Dr. Martin Luther King, Jr.; and

WHEREAS, Chicago takes pride in its tradition of welcoming and celebrating international communities and their customs and shares a long history of friendship with the people of India, beginning in 1893 when Swami Vivekananda, a young philosopher, author, and monk, attended the World Parliament of Religions at the Columbian Exposition; and

WHEREAS, Chicago is home to a vibrant and energetic Indian American community that has made vital contributions to the development of Chicago throughout its history and continues to play an important role in the life of our city and because of these strong ties, the City of Chicago has enjoyed a sister city relationship with Delhi, India since 2001; and

WHEREAS, Chicago Sister Cities International, an initiative of World Business Chicago, works to advance Chicago as a global city and promotes peace through mutual respect, understanding, and cooperation through citizen diplomacy – one individual, one community at a time – for the benefit of Chicago and its sister cities; and

WHEREAS, founded in 2014 by the Delhi Committee of Chicago Sister Cities International, under the leadership of Smita Shah, the Annual Legacy of Mahatma Gandhi Luncheon honors Gandhi's lasting contributions and inspires us all to follow the example left by him:

NOW, THEREFORE, I, LORI E. LIGHTFOOT, MAYOR OF THE CITY OF CHICAGO, do hereby proclaim October 2, 2019 to be MAHATMA GANDHI DAY IN CHICAGO in recognition of the important legacy of Mahatma Gandhi.