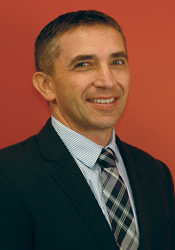 “In today’s world, businesses seek a deeper understanding of the direct impact of their marketing and media efforts," said Adam Yansick

“Adam was one of the cornerstones of the agency in its early years, and contributed to our early success. Every client benefited by his work and focus on their success,” said Ray Mayo, Co-Founder and Managing Director.

“We were sad when Adam left in 2014 but thrilled when he returned in 2018," said Jon Seitz, Co-Founder and Managing Director. "Adam is an extraordinary talent. We became an even stronger agency when he returned,” added Mary Tyrrell, Executive Vice President, Chief Media and Operations Officer.

In addition to spearheading several of the agency’s largest accounts, Adam leads the fast growing Analytics group within MayoSeitz Media.