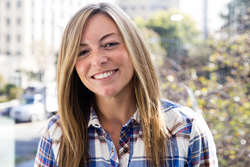 MayoSeitz Media announced today that Ashley Neiderman has been promoted to Integrated Media Planning Supervisor. Ashley Neiderman joined the agency in 2010 as a recent Penn State graduate. Over the years she has grown as a professional working across a range of agency accounts. Her life took her to DC in 2015, but she returned to MayoSeitz Media in 2017.

"We were thrilled when Ashley returned to the Philadelphia area and she rejoined the agency in 2017. She has always been deeply committed to our clients' success", said Mary Tyrrell, Executive Vice President, Chief Media and Operations Officer.

"MayoSeitz Media has always been home to me. It is a wonderful agency with an exciting future", said Ashley Neiderman.