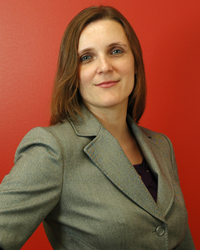 "I am very excited about my expanded role and about the future of the agency"said Mary Tyrrell.

“The agency’s clients and our work have been the beneficiaries of Mary's zeal for excellence,” said Ray Mayo, Co-Founder, Managing Director. “From day one 18 years ago, Mary has demonstrated an extraordinary commitment to our clients’ businesses through brilliant media programs. Our success and growth as one of Inc. 5000 fastest growing companies for the past two years is in large part due to her leadership” added Jon Seitz,Co-Founder, Managing Director.

“I am very excited about my expanded role and about the future of the agency. We are aligned on our mission to provide media excellence to our clients,” said Mary Tyrrell.

In her management role, Mary leads the agency by overseeing the media product across the agency and developing the media strategy on some of the agency’s largest accounts including Trex and Visit Philadelphia. Mary is an industry leader, actively involved in the American Association of Advertising Agencies (4A’s), the advertising industry’s leading trade association, where she serves on the Philadelphia Council Board of Directors.