Since 2004, the national program annually grants scholarships of $10,000 to first-year law school students 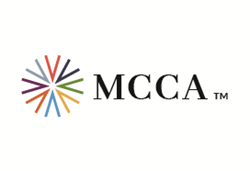 According to the U.S. Bureau of Labor Statistics, law is one of the least diverse professions in the nation.

The National Association for Law Placement (NALP) released their 2016 Report on Diversity in U.S. Law Firms this January, revealing only small victories for minorities in law. The representation of minorities among lawyers increased to 14.62% in 2016, compared to 13.97% in 2015. However, when you look at the eight-year span from 2009-2016, the number of minority lawyers has only increased by 2.03%.

Established by the Minority Corporate Counsel Association, the LMJ Scholarship program seeks to nurture the academic and professional careers of outstanding law students and advance the diversity pipeline to the legal profession.

Each year, the LMJ Scholarship program awards up to 10 scholarships of $10,000 to incoming first-year law students.

To be eligible for the LMJ Scholarship program, students must be accepted into an ABA-accredited U.S. law school for a full-time Juris Doctorate Program, have earned an undergraduate cumulative GPA of 3.2 or higher, and have an interest in corporate law and diversity.

Applicants will be evaluated based on financial need, community involvement, essay content and academic achievements. The scholarships may be applied to tuition, fees, books, supplies and equipment required for courses at ABA-accredited U.S. law schools. The deadline to apply is June 15, 2017.

For more information about the LMJ Scholarship and the application process visit http://www.mcca.com/resources/scholarship-program/.

About Minority Corporate Counsel Association (MCCA)
MCCA was founded in 1997 to advance the hiring, retention and promotion of diverse attorneys in legal departments and the law firms that serve them. MCCA accomplishes its mission through publishing, research and training, pipeline initiatives and networking. MCCA’s work has been recognized with awards from the National Minority Business Council, Inc., the U.S. Equal Employment Opportunity Commission, the National LGBT Bar, and the Association of Corporate Counsel. MCCA is headquartered in Washington, D.C. For more information, go to mcca.com.