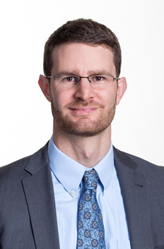 “Jeremy’s reputation as a meticulous professional with keen leadership qualities is well-deserved. With his guidance, the firm will continue our out-of-the-box thinking and application of Applied Ingenuity,” says Mal McLaren, CEO and Founder, McLaren Engineering Group.

During his 15-year tenure at McLaren, Billig has directed a range of engineering projects while starting and growing the New York City office to over 40 staff. As the firm has expanded, Billig has managed McLaren’s organizational planning efforts, including supporting the firm’s merger and acquisition (M&A) activity and developing a scalable structure to accommodate growth.

“Jeremy has seen our firm more than double in size since he joined us and has helped create our collaborative culture as an employee-owned firm,” says Malcolm McLaren. “Jeremy and I will be working side by side to lead our company into its next phase of growth. It’s with great excitement that we announce his new role as president.”

“Jeremy’s reputation as a meticulous professional with keen leadership qualities is well-deserved. With his guidance, the firm will continue our out-of-the-box thinking and application of Applied Ingenuity,” continues McLaren.

An accomplished engineer, Billig has worked across the firm’s 10 markets, ranging from entertainment venues and healthcare facilities to comprehensive structural work and restoration of landmarked buildings. His standout projects include the Sentosa Crane display in Singapore, the Longacre Theatre renovation in New York City and construction engineering design work for the Pulaski Skyway bridge rehabilitation in New Jersey. He also lent his talents to A-list entertainment events, including the Rolling Stones’ 2005 tour and Lady Gaga’s 2010 “Monster Ball” tour.

“Starting and expanding McLaren’s NYC office has been a career highlight for me, and I’m eager to continue that growth trajectory company-wide,” says Billig. “As we continue to earn accolades as one of the country’s top engineering firms, I’m honored to lead McLaren into the next decade.”