South Carolina based law firm McWhirter, Bellinger & Associates wins $5 million for the family of a mother who was killed alongside her husband and seven-month-old son on I-95. 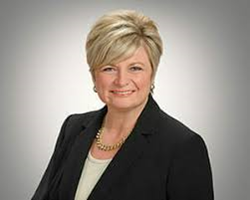 “I believe this is one of the most important cases that McWhirter, Bellinger & Associates has ever handled."

Accidents involving large trucks are three times more likely to be fatal than a regular collision, and the vast majority of those killed are passengers of other vehicles. McWhirter, Bellinger & Associates recently won $5 million in a trial verdict after a young mother, her husband, and their seven-month-old baby were killed after being struck by a semi-truck on I-95.

The victims of the crash were driving back to Canada after taking a family vacation to Disney World. While traveling on I-95 in South Carolina they came across road work signs, according to court documents filed under case number 4:15-cv-02773-PHH in Charleston County.

After they came to a complete stop with traffic in front of them, a tractor-trailer crashed into the back of their vehicle. The driver never attempted to hit the brakes and had his cruise control set to 70 miles per hour — far above the speed limit allowed in a road work zone, the court documents state.

Crystal Cross was killed alongside her infant son Greysen and her husband Jeremiah.

“The 18-wheeler knocked the vehicle quite a distance, and it burned. All three of them were killed. After hitting it, the truck went on to hit another vehicle and those two occupants were also killed,” said McWhirter, Bellinger & Associates attorney Lisa McPherson, who represented the estate of Crystal in the trial.

“I believe this is one of the most important cases that McWhirter, Bellinger & Associates has ever handled and certainly one of the most compelling, because of the death of this entire young family,” said McPherson.

The case was tried by jury in Charleston County, under case number 4:15-cv-02773-PHH. The jury found 70% fault against the truck driver and 30% against the trucking company that employed him.

A total of $5 million was awarded to the estate of Crystal Cross. The estates of her husband and son, both of which were represented by another law firm, were awarded a collective $12 million.

While McPherson acknowledges that no amount of money can ever compensate for the tragic loss of a young family, she believes the verdict “sends a message about necessary regulation and monitoring of these huge vehicles and their drivers.”

Lisa McPherson and her colleagues at McWhirter, Bellinger & Associates are committed to fighting for accident victims in the state of South Carolina. The firm possesses the resources needed to battle insurance companies who are trained to delay, deny, and defend. Its team of lawyers are eager to help injured victims of automobile crashes receive fair compensation.

With offices in Aiken, Camden, Columbia, Lexington, Newberry, Orangeburg, and Sumter, the personal injury attorneys at McWhirter, Bellinger & Associates are ready to serve you. The firm specializes in all areas of personal injury, including automobile accidents, defective products, medical malpractice, workers’ compensation, and wrongful death. To learn more about the firm, or to receive a free case evaluation, call 1-803-590-9243.