Michael Rainey, who has served as a mediator in Los Angeles for more than 16 years, had his tenure renewed as a mediator in the Central District Federal Court of California for the next two years. The cases are often complicated and involve substantial amounts of money. 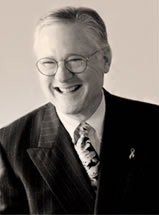 Most of the federal cases involve substantial amounts of money and are generally more complicated than state matters.—Michael Rainey

Michael Rainey, president of Michael Rainey Dispute Resolution Services, will be serving another two years in the Central District Federal Court in California. Rainey, who has more than 16 years of experience in mediation, will deal with matters brought in the federal District Court and on occasion may be requested to mediate an appellate case. The Central District Federal Court has handled high profile cases such as the prosecution of Mark Youssef, the man accused of making an anti-Muslim video that sparked an outrage.

“Most of the federal cases involve substantial amounts of money and are generally more complicated than state matters,” Rainey said. “They may involve interstate parties or even international parties. The attorneys in the federal matters are more experienced and operate in a different environment than the state courts.”

Rainey was one of the first to achieve certification in mediation. Before receiving his certification he successfully tried cases at the Supreme Court level. He has litigation experience as both in-house and outside counsel and has earned the highest possible Martin-Hubbell AV litigator rating via peer review. He has a 95 percent settlement rate in mediation.