Novelist J.T. Madicus, otherwise known as Future Doc House, announces release of his first of five written works in "Final Diagnosis" series. Combining his real-life experience in medical science with his love of fiction, this medical drama/thriller teaches its audience medicine. It's now available on Amazon for purchase. 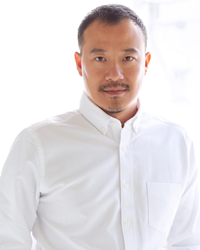 “This all began as a teaching exercise for medical students, but the characters took on lives of their own. Dr. Tseng, Dr. Liz, Jeff, and the others are real people to me now, and their exploits keep me awake at night."

Most thrillers begin with a staccato burst of gunfire, not the rapping of knuckles on a wooden door. J.T. Madicus, otherwise known as Future Doc House, is turning the genre on its head with his debut novel "Final Diagnosis: No Second Chances." Setting the stage as the first of five works in the series, it combines the novelist's experience in medical science with his love of fiction to create a medical drama/thriller that teaches its audience medicine. Proudly introducing Dr. Tseng to the world, its captivating plot embeds real-life medical scenarios allowing the reader to watch its heroes analyze, diagnose, and treat patients. Though both the characters and the plot are fiction, the medical cases are factual.

Tseng’s whirlwind introduction includes being kidnapped, transported to an unknown location in central Europe, and dropped into an operating theater with a cadaverous body on the table and a crew of medical experts he knows only by reputation. If they can cure their patient of a mysterious illness, they will earn their freedom. The novel combines a gripping narrative with tense action scenes and medical puzzles, which could double as recommended reading for medical students.

“This all began as a teaching exercise for medical students, but the characters took on lives of their own,” Madicus said. “Dr. Tseng, Dr. Liz, Jeff, and the others are real people to me now, and their exploits keep me awake at night. Other people feel the same, even the first proof-readers for the novel said they couldn’t put it down!”

Madicus began writing the book, in part, as a way to distract himself from the ever-evolving rigors of the medical field. Approximately 30 percent of medical students will experience depression at some point in their training. Medical school is highly competitive and relatively joyless. Student debt can be overwhelming. Doctors are nearly twice as likely to commit suicide when compared to the general population.

“I studied medicine in three different countries,” Madicus said. “I know first-hand that, no matter where you look, the joy and excitement is missing from medical education. This novel is my contribution towards putting that spark back in. We’re talking about addiction, redemption, and healing not just medically, but also emotionally. Both the medical plotlines and the character arcs dwell on the question: Can a broken person be made whole again? This is something I have always been driven to explore.”

While the puzzling medical mysteries will appeal to medical students and professionals, the psychological tension, strongly developed characters, and fast-paced plot will be entertaining to both the average reader as well as the medical expert. Two additional novels in the five-book series are well underway and "Final Diagnosis: No Second Chances" has already taken life into the form of a film set to premiere in Summer 2020.

Madicus no doubt has his stethoscope on the pulse of the future of medicine with several other projects, including QUPI.com, the largest medical question bank on the market. Created for medical students, QUPI exists to solve the problem of the shortage of doctors by making it fun and easy to practice medical knowledge through cutting-edge educational content and software technology online and by way of an app. His analysis of the state of healthcare and medical education in the United States, "Is There a Doctor Aboard? An Urgent Call for Change in Medical Education and Government Policy" does not paint a pretty picture. QUPI's mission is to revolutionize medical education into the 21st century.

For information on the novelist, medical activist, and filmmaker, visit the J.T. Madicus website.

" Final Diagnosis: No Second Chances," the first of five works in the series by J.T. Madicus (aka: Future Doc House)www.JTMadicus.com