Dr. Pierre M. LaRamée brings over 30 years’ experience in NGO leadership to his role as new Executive Director of MEDICC, working to enhance cooperation among the US, Cuban and global health communities 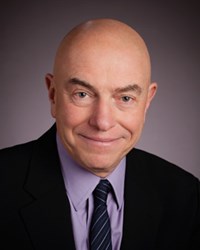 Throughout his career, Dr. LaRamée has demonstrated a deep commitment to global health equity as a cornerstone of social transformation.

Dr. LaRamée brings over 30 years’ experience in NGO leadership to MEDICC, a non‐profit organization working to enhance cooperation among the US, Cuban and global health communities. The scope of his expertise encompasses academic research, policy analysis, advocacy, strategic communications and publishing, as well as resource development.

“Throughout his career, Dr. LaRamée has demonstrated a deep commitment to global health equity as a cornerstone of social transformation,” said Dr. Peter Bourne, Chair MEDICC’s Board of Directors. “We are confident that his vision and energy will take MEDICC to the next level in a seamless transition that builds on the legacy of founding CEO Gail Reed.”

“I’m excited to see Pierre at the helm of this great organization at a time when Cuban health models and impressive outcomes are more relevant than ever,” said Ms. Reed, who retired from her directorship to expand the MEDICC Review journal as Executive Editor.

Dr. LaRamée, who begins his new position on December 1, will serve as chief architect of MEDICC’s next stage of growth and impact, by galvanizing partnerships for local, national and global action. “Cuba’s healthcare story is one of the world’s best-kept secrets,” he said. “Our job at MEDICC is to bring that story to light for those who stand to gain the most from its lessons—whether policymakers, medical schools, disadvantaged communities, or people who can benefit from Cuban-developed medications or disaster-mitigation strategies.”

Trained as a political scientist and sociologist, Dr. LaRamée has led numerous initiatives promoting social, political and economic justice, culminating in a focus on women’s empowerment. In his non-profit career, he has also developed strong expertise on political and social issues throughout Latin America, the Caribbean and their diasporas.

Prior to co-founding Re: Generation Consulting LLC, Dr. LaRamée oversaw communications, media, and fundraising at the International Planned Parenthood Federation–Western Hemisphere Division (IPPPF/WHR). There, he directed cutting-edge advocacy programs on reproductive health and rights in Latin America and the Caribbean, partnering with local NGOs and providing state-of-the-art capacity-building and technical assistance.

Dr. LaRamée came to IPPF/WHR in 2004 from the Puerto Rican Legal Defense and Education Fund, a Latino civil rights organization, where he served as Executive Vice President. Previously, he was Executive Director of the North American Congress on Latin America (NACLA), a research and publishing organization specializing in US–Latin American relations, and Assistant Professor of Sociology and Latin American Studies at St. Lawrence University.

Dr. LaRamée has authored and co-authored numerous articles, book chapters and reviews. Fluent in French and Spanish, he holds a master’s degree in political science from McGill University and a Ph.D. in the sociology of international development from Cornell University.

Since 1997, MEDICC has worked to enhance cooperation among the US, Cuban and global health communities aimed at better health outcomes and equity. MEDICC produced the feature film ¡Salud! and publishes the MEDLINE-indexed journal MEDICC Review. MEDICC supports research in Cuba by US health professionals, assists US students and graduates of Havana’s Latin American Medical School to return to US underserved communities, and organizes Community Partnerships for Health Equity to improve health care and access in communities such as South Los Angeles and Oakland, California; Albuquerque, New Mexico; and The Bronx, New York. See: http://www.medicc.org and http://www.medicc.org/mediccreview.