Mercy College President Tm Hall has penned an Op-Ed titled, “Where Does Systemic Racism Live on College Campuses?” to address the failure of Colleges and Universities to help end systemic racism and ensure equal success for all students. Through adopting specific practices throughout its student’s educational experience, Mercy College has seen the achievement gap for students of color shrink to record lows in under 10 years. 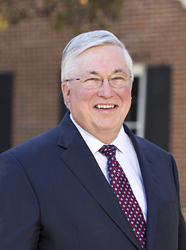 Mercy College President Tm Hall has penned an Op-Ed titled, “Where Does Systemic Racism Live on College Campuses?” to address the failure of Colleges and Universities to help end systemic racism and ensure equal success for all students. Through adopting specific practices throughout its student’s educational experience, Mercy College has seen the achievement gap for students of color shrink to record lows in under 10 years.

“Where Does Systemic Racism Live on College Campuses?” by President Tim L. Hall

George Floyd’s murder has ignited a nation-wide focus on racism. Not just the racism of bigoted individuals, bad apples consumed with racial hatred, but the racism embedded in systems and processes and rules. Systemic racism involves structures that produce disadvantageous results for people of color, without adequate justification.

Do such structures exist in colleges and universities? Consider the impact of race on graduation from college. Black students are significantly less likely to graduate from college in the U.S. within six years than white students, as are Hispanic students.

For some in higher education, these differing results are so enduring as to seem like demographic axioms. But what if gaps in student success along lines of race are not inevitable?

At Mercy College in New York, we have begun to defeat demography on behalf of our students. A dozen years ago, the likelihood of graduating from Mercy was overwhelmingly linked to race and the link established itself like an iron chain by the end of student’s first year of college. The likelihood that either black or Hispanic students would return to Mercy after their first year was significantly less than that of white students, and this beginning led inexorably to substantial differences in graduation rates along lines of race.

Today, though, first year retention rates are roughly equal, with students of color actually retained slight better than white students. Graduation rates differences have shrunk to no more than 10%, with every likelihood of becoming equal within the next several years.

These results are the consequence of Mercy’s adoption of specific practices that have the effect of closing retention and graduation rate gaps along lines of race: intrusive advising, guided pathways to success, co-requisite remediation, and others. These results mean that racial gaps in success at colleges and universities are not inevitable. They are consequences of specific structures within an institution, and changes to those structures can change the racially disparate results that accompany them. Mercy hasn’t finished closing the racial success gap, but it has made a strong start.

The logic of system racism has always been simple. Systems argue that they do not intend results that disadvantage racial minorities. They assume that differences along racial lines are inevitable, unrelated to their systemic practices. But the logic of systemic racism collapses once we discover differing ways of structuring our systems that accomplish the same end results, but without the racial differences.

The failure to explore changes to higher education structures that would close racial gaps in success is shameful. These gaps are where systemic racism mostly lives in higher education, gaps born of low expectations for students of color and inadequate support for their success. And the shame of it is not absolved by hiring a Diversity Officer or tinkering with curriculum in ways that are more racially inclusive. Nor is it absolved by simply recruiting more students of color for admission. So long as students of color are not included in success, the success of graduating most all, other gestures of inclusion are a mainly a diversion from the real scandal, which is that institutions of higher learning permit systemic racial disadvantage solely because they are unwilling to make the structural changes necessary to close the success gap.