Frame.io recruits Michael Cioni to help lead the next wave of film-tech innovation, starting with the development of breakthrough camera-to-cutting room technology. 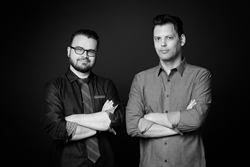 The professional filmmaking process is going through the largest functional change since the shift from analog to digital. Since day one, we have built Frame.io to solve the issues that we lived working in post-production.

Frame.io, the world’s leading video review and collaboration platform used by over 1 million filmmakers and media professionals, has brought Michael Cioni on board as Global SVP of Innovation. Cioni, one of the industry’s most prominent production and post workflow experts, joins Frame.io from international camera company Panavision, where, in a similar role, he spearheaded numerous breakthrough products and workflows, including the Millennium DXL 8K large-format camera system.

At Frame.io, Cioni will lead a new LA-based division focused on the continued investment into cloud-enabled workflows for motion pictures and television—specifically, automated camera-to-cutting room technology.

“Frame.io is not only looking to strengthen today’s use of the cloud, we’re also driving increased creative control by reducing the time it takes for media to reach editors in offsite cutting rooms,“ says Cioni.

“The professional filmmaking process is going through the largest functional change since the shift from analog to digital,” says Frame.io CEO, Emery Wells. “While cloud-based technologies are already transforming every industry, we understand moving more of the filmmaking process to the cloud presents several unique challenges: security, file sizes, and scale. Since day one, we have built Frame.io to solve the issues that we lived working in post-production.”

When it comes to security, Frame.io has responded to Hollywood’s unique needs by making it a cornerstone of the platform.

“Frame.io has invested deeply in security so that customers experience safe, documented, and trustworthy cloud accessibility of their highest-value media,” says Cioni.

Additionally, “Hollywood’s attention to image quality, archiving, and future-proofing are all core aspects of the Frame.io platform,” Cioni says. “Emery and I both know what it means to work with large creative teams, so at Frame.io we are developing a totally new direct camera-to-cutting room collaboration experience.”

Frame.io has been 100-percent cloud based since day one.

"We started seeding new workflows around dailies, collaborative review, and real-time integration with NLEs for parallel work and approvals. Now, with Michael, we’re building Frame.io for the new frontier of cloud-enabled professional workflows,” Emery says.“Frame.io will leverage machine learning and a combination of software and hardware in a way that will truly revolutionize collaboration.“

With Cioni, Frame.io’s vision for the next generation of professional cinema workflows will be completely anchored in cloud-based technologies.

“A robust camera-to-cloud approach means filmmakers will have greater access to their work, greater control of their content, and greater speed with which to make key decisions,” says Cioni. “Our new roadmap will dramatically reduce the time it takes to get original camera negative into the hands of editors. Directors, cinematographers, post houses, DITs, and editors will all be able to work with recorded images in real time, regardless of location.”

As the lines between production and post-production continue to blur, this move uniquely positions Frame.io to respond to the pervasive need for global studios and creatives to collaborate without geographic boundaries or borders.

Request an Executive Briefing with Frame.io
To request an executive press briefing with Michael Cioni or Emery Wells, please contact Megan Linebarger at megan@zazilmediagroup.com. Michael Cioni can be reached at michael@frame.io.

About Michael Cioni
Michael Cioni has been a serial entrepreneur in the entertainment space since 2003. After winning four National Academy of Television Arts and Sciences Emmy® awards, Michael founded several post-production companies and served as President and CEO of Light Iron, Hollywood's most advanced workflow-centric creative services company. After Light Iron was acquired in 2015 by the largest international camera rental group, Panavision, Cioni served as SVP of Innovation and product director of Panavision's Millennium DXL 8K large format camera ecosystem. With vast expertise in post and production, Michael is of the most well known international voices for workflow technologies in the cinema space. He is constantly exploring new technological advancements and creative trends to build product roadmaps focused on serving the complex needs of today's professional filmmakers. A frequent speaker on workflow and camera systems at numerous international industry events, Cioni is very active in the community, as a member of the Academy of Motion Picture Arts and Sciences and Associate Member of the prestigious American Society of Cinematographers (ASC), as well as having served on the board of the Hollywood Professional Alliance (HPA). Originally from Chicago, Michael is also an accomplished musician based in Los Angeles.

About Frame.io
Frame.io is the world’s leading cloud-based video collaboration platform, designed to streamline the video creation process by centralizing all media assets—and all feedback—in one secure place that’s easily accessible from anywhere in the world. Frame.io integrates with most major professional video tools, acting as the connective tissue of the entire video ecosystem, no matter the scale. Conceived and designed by video creators, the UI is intuitive and simple for both highly technical professionals and less-technical clients to use with little (or no) training.

Frame.io’s purpose is to allow all the contributors and participants in the video creation process to collaborate as if they’re all in the same room, no matter their physical location, accelerating workflows and eliminating obstacles to creativity. From script or storyboard to dailies to delivery, Frame.io redefines the modern video workflow.