Recent release “American Cop in Bosnia” from Page Publishing authors, Michael Egbert, is an inspiring read into the life of a cop who spent time in Bosnia wherein he found life-changing experiences. 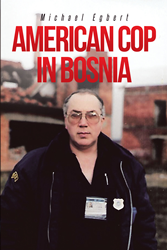 Michael Egbert, a writer who had been a member of the United Nations International Police Task Force, has completed his new book “American Cop in Bosnia”: a gripping and potent narrative that follows the journey of a cop who had an opportunity to meet and help families in Bosnia that has become one of his most fulfilling experiences to date.

The United Nations created the International Police Task Force to help create a new democratic-style law enforcement system to replace the previous one that terrorized the people of the old Yugoslavia under the Communist regime of Tito. Michael had been recruited to be a member of this force. Michael gained a position of prominence that provided him opportunities to improve the lives of the people in northern Bosnia as well as those police officers from around the world assigned to his region. Michael met many influential people, such as ambassadors, heads of state, and the most famous being Princess Diana. Michael was able to use his influence in overcoming roadblocks to help several families to emigrate from Bosnia and giving local people much-needed jobs to support their families. Michael was the liaison between the United Nations and the United States Army who maintained three bases of operations in the northern region. Michael’s one-year assignment with the United Nations would become the most fulfilling year in his law enforcement career, one that changed his life forever.

Published by Page Publishing, Michael Egbert’s wonderful tale gives every reader a closer look into his unforgettable experience in Bosnia that has changed his life as much as he helped change the lives of many.

Readers who wish to experience this profound work can purchase “American Cop in Bosnia” at bookstores everywhere or online at the Apple iTunes store, Amazon, Google Play, or Barnes and Noble.