Recent release “Murder in the Delta" from Page Publishing author Michael Joseph Miller explores how the story of Emmett Till, a riveting, notorious murder case that gave birth to the modern-day civil rights movement, continues to generate enormous interest from the general public and the media at large. 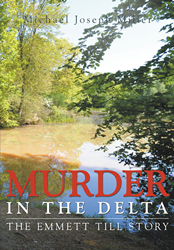 Michael Joseph Miller, an avid writer and scholar of literature, film, and television, has completed his new book “Murder in the Delta”: an intriguing work influenced by the fact that the author, during his college years, began to ascertain what had really happened to Emmett Till, which led to an introduction and meeting with his mother and grandmother on March 9, 1978.

According to Miller, "As a child it was (my) mother who would tell him, his brothers, and his sisters about the little fourteen-year-old boy named Emmett Till who was brutally murdered in 1955 for whistling at a white woman in Mississippi. She also told (us) about her fears of not allowing (us) to visit relatives living in that state because of what had happened to Emmett Till."

Published by Page Publishing, Michael Joseph Miller's historical work is a result of meetings with relatives, friends and major participants in the Emmett Till case launched a long odyssey of comprehensive and in-depth research that produced this book.

This is a dynamic and explosive story of courage, determination, and faith, which gave rise to several award-winning documentaries and honorable mentions in several major motion pictures and television miniseries, such as the miniseries King, based on the life of Dr. Martin Luther King Jr.; the motion picture Mississippi Burning; as well as For Us the Living: The Medger Ever Story, The Rosa Parks Story, and the theatrical release of the film Ali, a story on the life of Muhammad Ali, just to name a few.

Readers who wish to experience this intriguing work can purchase “Murder in the Delta” at bookstores everywhere, or online at the Apple iTunes Store, Amazon, Google Play, or Barnes and Noble.

Page Publishing is a traditional, based full-service publishing house that handles all of the intricacies involved in publishing its authors’ books, including distribution in the world’s largest retail outlets and royalty generation. Page Publishing knows that authors need to be free to create – not bogged down with complicated business issues like eBook conversion, establishing wholesale accounts, insurance, shipping, taxes, and the like. Its roster of authors can leave behind these tedious, complex, and time-consuming issues, and focus on their passion: writing and creating. Learn more at http://www.pagepublishing.com.