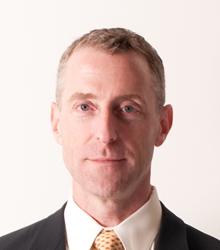 "The law is far narrower in its application, but it’s much easier to show intoxication. Also, the penalties are stiffer and essentially in parity with those applicable to the intoxicated operation of a motor vehicle on the roadways."

After many attempts to lower the legal limit for drunk boating in Michigan, the new law appears to be the result of a compromise reached during last year's lame duck session.

While the legal limit was reduced to .08, bringing Michigan's drunk boating law into parity with that applicable to automobiles and other motor vehicles operated on the roadways, the new law applies to far fewer kinds of watercraft. This is because the new law replaced the word “vessel” with the word “motorboat.”

According to Michigan DUI attorney Patrick Barone, “Previously, a water born vessel was defined as every description of watercraft used or capable of being used as a means of transportation on water. This very broad definition included sail boats, paddle boats, kayaks, canoes, and even inner tubes, making it unlawful to operate any of them while intoxicated. Michigan’s new drunk boating laws now only apply to ‘motorboats.’”

On the other hand, the new law does lower the legal limit to .08, and makes it easier for prosecutors to show intoxication at any bodily alcohol level. This is because the new drunk boating law removed the presumptions contained in the old law. This means there is no longer a presumption that a person below .07 is presumed not be too impaired.

“And that’s the trade-off,” said Patrick Barone of Michigan’s Barone Defense Firm. The law is far narrower in its application, but it’s much easier to show intoxication. The penalties are also stiffer and essentially in parity with those applicable to the intoxicated operation of a motor vehicle on the roadways. Additionally, there is now a zero-tolerance provision for under-21 drivers, and it’s unlawful to knowing allow a person to operate a motorboat while intoxicated.”

If an adult or minor is cited for drunk boating in Michigan, Barone says his best advice is “to seek the assistance of an attorney who specializes in this area. Just one moment of bad judgment can change everything, leaving you in a position to have to fight very hard to win back your life.”

Otherwise, Barone explains, “The many nuances in the intoxicated boating laws that can make these cases very defensible.”

The new law was signed by Governor Snyder on December 27, 2014, and began being enforced earlier this year, with an effective date of March 31, 2015