Microblading Use by Cancer Coach Underlines the Benefits of the Process for Patients and Survivors, says Beverly Hills Permanent Makeup

The Beverly Hills microblading and permanent makeup salon comments on a recent article that its offerings are more than just skin deep. 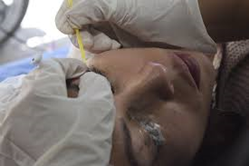 Women and men obtain microblading for a number of different reasons.

Nicroblading, a state-of-the-art esthetic technique, is a powerful tool for improving the appearance of people who have unwelcomed hair loss because of illness or age.

A December 10th article on 11 Alive, reported on a Georgia cancer coach who has observed in her work that microblading not only improved patients’ moods, it also helped them to feel less self-conscious and participate in community activities without feeling as if they were being labeled “sick.” Beverly Hills Permanent Makeup commented that microblading, a state-of-the-art esthetic technique, is a powerful tool for improving the appearance for people who have unwelcomed hair loss because of illness or age.

The salon adds that even though the technique is associated with celebrities like Kim Kardashian and on-the-go women who want to look their best with minimum hassle, the process can be helpful for all kinds of people for a number of reasons. According to Beverly Hills Permanent Makeup, microblading can fill out areas that have atrophied or become patchy or sparse due to a variety of health challenges or a natural lack of hair follicles. It adds that eyebrows are such a prominent facial feature that a loss of hair can be devastating and make people feel shy and withdrawn. Cancer aside, eyebrows can also thin out due to the aging process or because of chemical imbalances in organs like the thyroid gland.

Beverly Hills Permanent Makeup says that not everyone is aware of just how the process works. Microblading uses very fine needles to inject a minute amount of pigment rapidly and individually, along the brow ridge. The salon adds that results are so detailed that the appearance cannot be distinguished from natural hair, and that the procedure can transform the appearance with long-lasting results, extending to eighteen months or more.
Naturally, microblading needs to be very precise, says Beverly Hills Permanent Makeup. After careful measurements are taken, the brow arch is stenciled and shaped in detail before proceeding to restore and shape the brow. Using a process known as “eyebrow embroidery” measurements are taken and brows are darkened to a flattering shade. Then the brow is elongated and perfected to create a symmetrical curve, says the salo. When used by a talented make-up artist, the results should significantly enhance the natural features of the client, the salon adds.

Beverly Hills Permanent Makeup says that Ellie, it’s widely noted resident artist, can also apply permanent make up on the top and bottom of eyelids, subtly reshaping the eye to create lift. It adds that lips can also be improved, the edges can be more defined, using shades that deepen yet retain a natural look. The salon says that even skin pigment issues can be corrected and symmetry restored to more delicate areas of the body.