Mike Boudet Returns to Sword and Scale in July

Creator and former host of the hit true-crime podcasts Sword and Scale returns to the helm on July 4th. 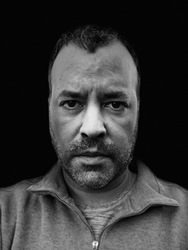 “I’m excited to be back on Sword and Scale. It’s what I love to do, and what I know how to do best.”

Creator and original host of the popular true-crime podcast Sword and Scale returns as host in July. Boudet will be replacing Tricia Griffith, who hosted the show for seven episodes and who will now be focusing on her true-crime forum WebSleuths.com. The headliner change will also coincide with the public re-release of all Griffith-hosted episodes, this time with Boudet narrating.

Mike Boudet’s stepped away from the show in March after an off-color joke that was reposted on Sword and Scale’s Instagram account, triggering an advertiser Boycott of the show. Boudet has often publicly rallied against political correctness, which has angered many of his critics. The public pressure from the boycott which originated on Twitter and Facebook, was enough to pressure podcast network Wondery to part ways with Incongruity, Sword and Scale’s parent company.

Since Sword and Scale’s host change in March, Incongruity has been inundated with tweets, emails, voicemails and direct messages from fans asking for Boudet’s return. They will get just that with Episode 141, premiering July 4th, 2019 on all popular podcast platforms such as Apple Podcasts, Stitcher, TuneIn, iHeartRadio.

“I’m excited to be back on Sword and Scale,” said Boudet. “It’s what I love to do, and what I know how to do best.” He added, “Although, I don’t think I’ll be back on social media anytime soon.”

Sword and Scale catapulted to success in 2014 as the very first podcasts of its kind, an immersive storytelling experience that puts the listener in the middle of a real-life true crime tragedy using 911 calls, police interrogations, courtroom audio, and more. The show enjoyed early accolades for its no-holds-barred approach to often graphic and horrifying 911 clips, police interrogations, and courtroom audio describing some of the most violent and disturbing murder cases in recent times. Sword and Scale has been an Apple Podcasts Top 100 show year after year, and won a Podcast Award in 2017.