National Guard Repayment Crisis: In new podcast, law expert explains to Service members and families what happened, what happens now, and whether it could happen to them

In podcast debut, Military Law Expert Christopher Nuneviller, Esq. speaks to Benjamin Bryant about the issues, challenges, and ramifications of the California National Guard repayment crisis, and explains what Service members or their loved ones need to know if they find themselves in a similar situation. 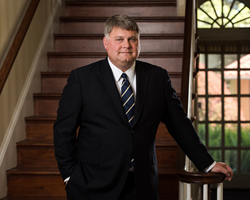 In his podcast debut, Nuneviller explains, in plain English, a number of common legal questions facing active duty and veteran Service members and their family members, including background, issues, and concerns related to the National Guard bonus crisis.

In his podcast debut, military law expert Christopher Nuneviller, Esq, will tackle a wide range of legal concerns for military Service members, veterans, and families, in an hour long interview format with award-winning journalist and communications expert Benjamin Bryant. Nuneviller, a retired Army lawyer, of counsel to the Crisp and Associates military law firm, specializes in military personnel matters, disciplinary actions, and the correction of records.

The revelation that thousands of combat veterans from the California Army National Guard are facing collection action by the United States Government to recover millions of dollars in improperly paid bonuses has dominated discussion of military and veteran issues in recent weeks. Public and lawmaker condemnation was swift The Government demanded that these bonuses, paid at the height of American combat operations in Iraq and Afghanistan—in many cases long spent and forgotten by recipients—be returned in full. Following outcry from the general public and lawmakers alike, Secretary of Defense Ashton B. Carter announced last Wednesday that the Pentagon would suspend collection efforts in the matter until a permanent resolution could be found. Carter also announced steps the DoD would pro-actively take to accelerate a final resolution, including the development of accelerated support and appeals options for affected Service members.

While in uniform, Nuneviller served in the office that first handled legal aspects of the National Guard overpayment issue specifically (and most recently held the civilian role of Associate Director for the Military Compensation and Retirement Modernization Commission). In his podcast debut, Nuneviller explains, in plain English, a number of common legal questions facing active duty and veteran Service members and their family members, including the background, issues, and concerns most related to the National Guard bonus crisis, and outlines the steps Service members in the same or similar situations should immediately take.

In the following excerpt, previewing the full content of the upcoming podcast, Nuneviller notes that though collections have paused, the debts have not been forgiven, nor is the matter resolved. He further notes the likelihood of other Service members to find themselves in similar situations as similar audits of these and other benefits, routinely find variances in need of correction:

Benjamin Bryant: This whole thing seems like a mess and it’s got a lot of people upset. What happened?

Christopher Nuneviller: Let’s go back a little way to set the context of this whole thing. To maintain a force of the right size and capability, the Army National Guard—and not just in California, by the way—was authorized to pay what are known as “recruiting and retention” bonuses as a way of both attracting and keeping qualified soldiers in the Guard. The criteria for these bonuses were set in various policies, but, in practice, the memoranda that outlined those policies weren’t checked as much as it seems they should have been, and they weren’t audited as, in retrospect, they absolutely should have been.

When the accounts were finally audited, it became clear that fraud on a massive scale had taken place. Not one involving a tremendous number of people—and not one where everyone was a knowing participant—but one took place. Sadly, it only takes a few individuals approving bonuses for soldiers who weren’t qualified to receive them to take a lot taxpayer money and send it where it isn’t supposed to be.

BB: So are the soldiers—the ones who are being asked to return the money—also accused of fraud?

CN: No, at least not in and of itself. For the most part, it was the ones who approved the improper bonuses who acted fraudulently. And, in fact, once the government identified the soldiers who gave out those bonuses, they arrested, charged, tried, and sentenced them. Where we find ourselves today is on the other side of that money. Put simply, any soldier who receives taxpayer dollars improperly, is required by law and regulation to pay that money back.

BB: Even if they received it through no fault of their own?

CN: The law and applicable regulations, for various reasons, don’t distinguish between funds received improperly, illegally, or by mistake. In many cases, the difference between the three can take a long time, in an entirely different set of processes, to sort out. Practically speaking, the law simply looks at whether that money was meant to be yours to begin with. If it wasn’t, it’s not. It keeps things simple and unambiguous, which isn’t necessarily a bad thing when it comes to keeping the administration of laws like this fair and equitable.

CN: The Army did first identify the issue around 2011, and after long and arduous investigation—trust me, I was there for some of them—careful discussions on law and policy began as they tried to figure out what to do next. The time lag was for a variety of reasons: soldiers were no longer in the Army and DoD’s finance apparatus couldn’t locate them, DFAS could not find them; the general inefficiencies of getting a collection operation authorized and executed within a Government bureaucracy; and the fights some took up to delay collections. The whole thing…this unpleasantly perfect storm, if you will…didn’t come together in a lot of ways until recently and we find ourselves here.

BB: So, if you’re a soldier in this situation, what do you do? Can anything be done?

CN: Absolutely! First, a soldier has rights to hearings, waivers, payment plans, and other administrative remedies to slow or stop the repayment process. The key is to engage in the system to ensure that the whole process doesn’t run amok—especially all over you. A soldier who engages the system will have a higher chance of a getting a favorable outcome than one who ignores the problem.

BB: So, anyone in this situation should engage quickly?

CN: It’s a must. If you don’t engage quickly, your ability to fight the debt becomes harder and harder as time goes on. For example, if you do not request a hearing (to stop the collection process) within 30 days of the initial notice, there are no other opportunities to stall the collections process and the government can proceed with collections even as you’re exploring other avenues to have the debt reviewed, reduced, or waived.

For soldiers in this situation right now, before Secretary Carter announces final policies to address this specific issue, the avenue to appeal is the Army Board for the Correction of Military records (ABCMR), and their current response time averages about 18 months. Normally, during that time, you’d still have to make payments, surrender tax refunds, or make other efforts to pay off the debt, while waiting for the ABCMR decides your case, but the actions of the DoD to halt collections pending a review of the matter offers some relief.

BB: Does the current hold mean a soldier should wait to act, or should they start the appeals process anyway?

CN: I recommend that the soldier begin gathering all the documents related to the bonus and the collection process, draft his or her appeal, and have it ready for submission when the Secretary of Defense announces how soldiers can apply for relief under a streamlined appeal process.

BB: So, let’s step back. Let’s say you’re caught up in this situation or one like it. What is the process?

CN: Once DFAS identifies that you owe a debt it will notify you – ONCE – that you owe the debt. They may attempt to contact you several times, but they are only required to contact you once to establish the debt. Any soldier should know that there is also no statute of limitations on debt collection by the Government. But, ironically, there is a statute of limitations on the soldier, after a fashion, in the form of limits as to how and when they can fight for a waiver. The Government can and will hold soldiers to a very strict timeline in this and similar cases and it’s a pretty unyielding one.

BB: Do you have any thoughts on what will happen now?

Chris: Congress is going to do what they believe is right (for Service members and themselves) and try to pass into law the easy solution: forgive all the collection of all national guard recruiting and retention bonuses by the Army National Guard. In many ways, though, it might not be that easy. The reactions we’re hearing now reveal that many in Congress do not understand the full implications of the who, what, how, and why this issue arose in the first place. That means there’s a real risk any solution will be overly broad, or impossible to implement, or possibly even overly narrow, leaving it difficult to determine who qualifies and who doesn’t. Either way, a quick solution could make the problem worse, not to mention a political nightmare for a lot of people who don’t want one.

As much as no one wants more delays, it makes sense for DoD to request more time to study the issue and find a solution. Everyone’s circumstances are unique, after all. For example, if the soldier was complicit in receiving a bonus they knew they weren’t entitled to, they are party to the fraud. It’s the classic question of what each recipient knew and when they knew it. Even the question of whether a soldier who was ineligible for THAT bonus should have received another bonus can come into play.

BB: So how does it all end? And do soldiers in this situation finally have the help they need?

Secretary Carter has ordered the Under Secretary of Defense (Personnel & Readiness) to develop a streamlined, centralized process no later than December 1st to ensure everyone who applies for relief will have a decision, good or bad, by July 1, 2017. In other words, be ready to submit as soon as the process is announced. Remember, cases are usually decided on a first-come first-served basis.

But here’s the thing: any detailed rules or policy considerations are unlikely to be public. This where I point out how important it is to have an experienced military lawyer assist you with your application. The soldier has the burden to show that the government acted contrary to law and policy and the soldier did nothing wrong. They’ll need to show the ABCMR more than just an improper bonus and a strong position that a repayment isn’t necessary. That’s where a good lawyer comes in. An attorney can help you make sure the facts of your case are explained correctly to the ABCMR to meet the policy guidance.

Hear the full discussion of the National Guard bonus repayment issue, and Nuneviller’s explanations and advice regarding a variety of common military legal issues when Nuneviller’s first podcast debuts this month. Links will be available on http://www.mymilitarylawyers.com and http://www.thebzgroup.com.

Nuneviller is immediately available for legal consultation and/or media comment on these or related military law matters.