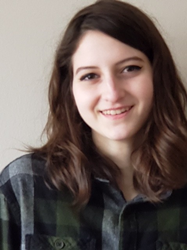 She went from learning disabled to honor roll – all because of some “goofy tests” and a pair of eyeglasses, said her mother, Cheryl Reilly. Those “goofy tests,” performed by Deborah Zelinsky, O.D., founder of the Mind-Eye Institute in Northbrook, Ill., suggested that Mikayla Reilly, then 12 years old, had such narrow range of visual awareness, she could only see what was directly in front of her -- a diagnosis no physician had previously determined, noted Cheryl, a resident of Lake Zurich, Ill.

“Mikayla had been having problems all her life. Her handwriting was terrible. She drew [rudimentary] pictures – stick people – on a slant. Even her walking seemed uncoordinated. She would trip over her own feet, bump into things,” stated her mother.

In fact, from age 3 on, Mikayla had been on an individualized education program (IEP), which included occupational therapy and physical therapy. Teachers complained to Cheryl that her daughter failed to pay attention and did not listen in school. Doctors checked Mikayla but found nothing unusual.

“Her central eyesight was evaluated as a normal 20/20 in each eye, and the pediatrician said her clumsiness was probably due to her tall, skinny stature. But something more seemed to be going on with her,” said Cheryl.

That’s when a friend suggested a visit to the Mind-Eye Institute. During the first appointment, Dr. Zelinsky asked Mikayla to walk around, sometimes wearing special goggles, sometimes without. Then she had her reading. Cheryl did notice that, during the reading test, her daughter moved her entire head – rather than just her eyes – as she read line by line. Later, Dr. Zelinsky conducted her patented Z-Bell Test®, in which she had Mikayla reach out and try touching a nearby ringing bell with her eyes closed while wearing different lenses.

“Initially, Mikayla was unable to hit the bell. Her hand was going in a direction completely opposite the sound,” Cheryl noted. “But, as Dr. Zelinsky began putting colored filters on the lenses Mikayla was wearing over her closed eyes, she started hitting the bell – spot on. It was truly amazing.”

The Z-Bell Test® is recognized by eye experts and scientists globally for evaluating patients’ ability to integrate spatial localization in both visual and auditory systems. The test is mentioned in the upcoming second edition of Patricia Lemer’s book Outsmarting Autism.

“The right mix of filters, lenses and/or prisms can re-adjust a patient’s visual balance and eye-ear connection by altering the way light disperses across the retina,” Dr. Zelinsky stated.

Dr. Zelinsky determined Mikayla had problems using her peripheral eyesight, causing her brain to limit its focus. Mikayla was prescribed a set of special “brain” glasses. Unlike eyeglasses that merely correct central eyesight, eyeglass prescriptions developed through the Z-Bell Test® are therapeutic – designed for sensory integration – bringing patients like Mikayla relief for a range of symptoms caused by eye-ear imbalances, brain injuries and other neurological issues, including learning problems.

“I remember the day Mikayla put on her new eyeglasses. She marveled at how the windows and the seams between the walls and ceilings were so straight, not slanted,” Cheryl concluded.

As her eyesight improved, Mikayla went through several sets of Mind-Eye Institute glasses, while being transformed from a student criticized by teachers for lack of concentration and focus to an honor-roll student, early high-school graduate and, eventually, a certified veterinarian technician.

About Mind-Eye Institute
The Mind-Eye Institute is an optometry practice with an emphasis on neuro-optometric rehabilitation that provides world-class care by prescribing state-of-the-art therapeutic lenses based on peripheral eyesight and depth perception testing, rather than central eyesight. Through groundbreaking research and innovative treatments, Dr. Zelinsky and her team have been creating life-changing experiences for nearly 30 years, by viewing patients on an individual basis. For more information, please call 847-501-2020 or visit http://mindeye.com.