The Mobads group completed an asset acquisition of BuzzCity 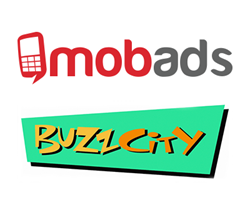 The mobads group completed an asset acquisition of BuzzCity

Post acquisition, the group is now truly global, with the scale of over 1 billion impressions per day, and even greater reach into South East Asia, South Asia and Africa

Mobads (trading as MobileWebAdz), the global advertising network based in London, completed an asset acquisition of BuzzCity, based in Singapore. As a result, the newly formed group will immediately strengthen their overall market position as a truly global, mobile focused, advertising network with the combined scale of over a 1 billion impressions and 35 million clicks a day, and further geographic reach into the exciting, high growth emerging smartphone markets of South East Asia (Indonesia, Thailand, Malaysia), South Asia (India and Bangladesh) and Africa. Both businesses currently focus on direct response mobile marketing but, with the addition of BuzzCity, the group can now serve brands alongside direct response product which further diversifies the product offering of the group. Alongside the limited overlap in clients, publishers and advertising formats, Mobads group can now look forward to extensive new lucrative, synergistic opportunities for its existing and new partners.

MobAds' CEO, Sacha Jacobs, commented: “The mobile advertising segment still shows enormous growth potential for the next four years; with a doubling of smartphone penetration in the emerging markets. As the availability, affordability, and desirability of smartphones has increased, penetration of this device will continue to surge in that region. It now provides our group the perfect opportunity with BuzzCity's stronghold in Asia and Africa aligned to our existing client base in North America, South America and Europe to continue to offer the reach and scale our local, and global partners want.” he adds “The BuzzCity acquisition adds another page to Mobads’ long successful mobile advertising history”

About mobads
Launched in October 2006 and based in London, mobads is a mobile performance ad network. Our aim is to provide global reach across more than 200 countries and to ensure best returns for all advertisers and publishers in our multi-channel networks. The company has been bestowed several awards, including four consecutive occasions in the Sunday Times Tech Track 100 League Table, and in June 2016, the HSBC International Track 200. It was also listed in the Deloitte Fast 500 in 2015.