The Sudden Cardiac Arrest Foundation and SaveLoveGive.com today announced a partnership designed to save consumers money on their mobile phone bills—and help save lives threatened by sudden cardiac arrest. Throughout the month of July, consumers can donate a portion of their savings to the national nonprofit organization. 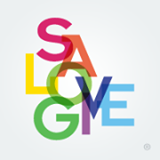 We are honored that the Sudden Cardiac Arrest Foundation has been chosen as SaveLoveGive's featured charity.

The Sudden Cardiac Arrest Foundation and SaveLoveGive.com today announced a partnership designed to save consumers money on their mobile phone bills—and help save lives threatened by sudden cardiac arrest.

Launched by mobile intelligence firm Validas earlier this year, SaveLoveGive.com is a free technology that helps consumers find savings on their mobile phone bills. Validas estimates that Americans could save $52.8 billion each year by eliminating “wireless waste”—all the money that is spent on data, voice minutes, and text messages that are never used. The average savings through SaveLoveGive is about $300 per year.

Throughout the month of July, SaveLoveGive.com users can pledge up to 100 percent of their savings to the Sudden Cardiac Arrest Foundation, a national nonprofit organization that works to raise awareness about the prevention and treatment of sudden unexpected cardiac death—a condition that recently claimed the life of Sopranos star James Gandolfini.

The rationale behind SaveLoveGive is straightforward. “We used to work for a cell phone company and witnessed first-hand some pretty serious inefficiencies: over selling, over charging and confusing bills,” said Todd Dunphy, Validas co-founder and president. “So we created VERA®, software designed to protect consumers against wireless waste by finding ways to lower costs and then redirect a portion of savings to philanthropic causes.”

Since its launch at the United Nations in January, the initiative has gone viral, identifying $5.1 million in savings for consumers. As a result, more than $100,000 has been contributed to nonprofits so far this year.

“We are honored that the Sudden Cardiac Arrest Foundation has been selected by Validas as SaveLoveGive.com’s featured charity for the month of July,” said Mary Newman, MS, Foundation president. “We hope this opportunity will help elevate the national conversation about sudden unexpected cardiac arrest and help save lives.”

Sudden cardiac arrest is a leading cause of death in the U.S., affecting about 1,000 people each day. On average, only 10 percent of SCA victims survive.[1] Survival rates increase to nearly 40 percent when bystanders give CPR and use automated external defibrillators before emergency medical services responders arrive at the scene.[2]

To take advantage of this opportunity, consumers should go to SaveLoveGive.com to have their mobile phone plans analyzed. VERA® will calculate existing wireless plans and present alternative options that better match usage patterns. Once consumers see the amount they can save, they may contribute a portion of their savings to the Foundation.

The Sudden Cardiac Arrest Foundation is a national community benefit 501(c)(3) organization dedicated to raising awareness about sudden cardiac arrest and saving lives. Programs include educational campaigns for secondary schools and colleges and the Sudden Cardiac Arrest Network, an online community that provides peer support and opportunities for survivors and family members to participate in awareness, advocacy, and research initiatives.

Susan Koeppen, an SCA survivor and National Spokesperson for the SCA Foundation, reports on wireless waste, and invites consumers to donate to the nonprofit charity.KDKA TV News Anchor Susan Koeppen