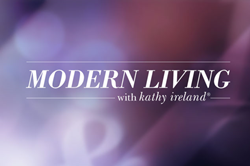 Cosmic Reality Shungite is a company that's focused on raising treatment-free bees (no chemical treatments used) in an all-natural electromagnetic field (EMF) and WiFi-free environment. Numerous studies have shown how harmful EMF and WiFi can be for bees. Studies have also shown that shungite can attenuate EMF signals and environmental radiation. The company's shungite beehives have shungite powder mixed into their exterior paint, in addition to having shungite nuggets placed at their entrance. Certain beehives are also given shungite powder to walk through. When the bees walk through the shungite powder, it adheres to their legs and then is carried both inside the beehive (thus mixes with honey stores) and outside where the bees harvest their nectar and pollen.

Condit says that, since the addition of shungite to their Cosmic Reality Shungite beehives, they've had no losses due to colony collapse disorder. He explains, "Shungite is a carbon mineral that started as an asteroid, scientists determined. It's located in one spot on the planet in Russia. Shungite has a molecule in it called C60. This molecule has the ability to actually attenuate or have an effect on harmful frequencies. When shungite is integrated either around an individual or mixed into the paint of a beehive, we've created a way to stop the harmful frequencies from reaching the bees while they're at the hives, thus promoting their peak health."

For more information about Shungite beehives, visit ShungiteBeehives.com and tune in to WE tv as sponsored content on Thursday, January 23, 2020 at 7:30am EST.