Due to mold, Fairfield Woods Library was reportedly forced to close. Meanwhile, to help the public fight the same mold problem, My Cleaning Products suggested the use of two organic mold removal sprays. 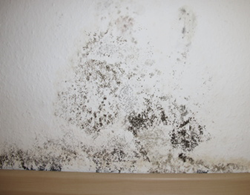 Made with organic ingredients, MCP said everyone could rest assured that Molderizer and Safe Shield do not leave residues that could harm health or pollute the environment.

Mold was found in Fairfield Woods Library. And according to a report from fairfieldcitizenonline.com dated November 15, 2013, it prompted the closure of the building. In response to it, My Cleaning Products suggested the use of organic-based mold removal sprays to help all mold victims.

As the report determined, the mold was found in the basement of the library, My Cleaning Products shared. Particularly, it was in the sheetrock walls of its mechanical/furnace room, it detailed.

The mold, said the report, was discovered in November 04 following the replacement of the library's flat roof plagued by leaks, MCP relayed. Ever since then, it stated that access to the area was terminated. And starting Monday, it added that the building would be closed for mold treatment. It was re-scheduled to reopen on Saturday, November 23, it additionally shared.

For the meantime, deputy librarian Nancy Coriaty said in the report that materials due to be returned during closure would be accepted in the main library at 1080 Old Post Road. For anyone who couldn't bring the items there, she added that fines would be waived.

Here's an excerpt from the post Mold Shut Down Connecticut Library by My Cleaning Products.

“Mold was discovered in one of Connecticut's busiest libraries – Fairfield Woods Branch Library. And with the books at the risk of ruin and more importantly, the patrons and employees at the threat of being sick, the management decided to close it for treatment.

The discovery of the fungus came following the replacement of the library's flat roof. The work was due to the leaks, which most probably were the cause of the mold growth in the building.”

My Cleaning Products stated that mold could definitely ruin items and threaten people's health. Given that, it said that prompt mold treatment is essential.

However, for a mold problem that is not more than ten square feet, it said that hiring a mold contractor is not a cost-effective option. In such a case, it asserted that it's better to do a DIY mold treatment with the help of products that are truly safe and effective. And among others, it cited that Molderizer and Safe Shield are the best to get.

Made with organic ingredients, MCP said everyone could rest assured that Molderizer and Safe Shield do not leave residues that could harm health or pollute the environment. Moreover, it said that hotels, hospitals and even mold removal companies had already proven that Molderizer could truly kill mold effectively and Safe Shield could block more of its spores efficiently. Hence, with both, it pointed out that one could surely implement a complete, effective and safe mold remediation process.

The company shared that there are also samples of the two products available for testing. Anyone who wants Molderizer and Safe Shield Complimentary Samples, it relayed, could get them at MyCleaningProducts.com.