Mold Allergies Gets Worse Due to Climate Change, My Cleaning Products Recommends an Effective and Safe Mold Removal Spray to Avoid the Health Risk

Mold allergies may have worsened due to climate change, said a report. My Cleaning Products, in an effort to help the public avoid the health risk, then recommended a mold removal product to kill mold fast and safe. 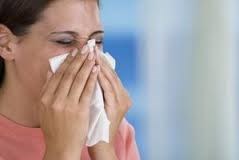 To ensure that the treatment is safe, it recommended the use of Molderizer and Safe Shield over all the other products in the market. Besides being safe, it cited that they are effective so they are the best to purchase.

Mold spores may have become more allergenic. On its post dated December 11, 2013, foxnews.com gave out the details of it. Meanwhile, wanting to help the public avoid that health risk, My Cleaning Products recommended a mold removal spray that could kill the spores fast and safe.

Based on the report, it was the research of Naama Lang-Yona, a doctoral candidate in environmental sciences at the Weizmann Institute of Science in Israel, and her colleagues who discovered that mold allergies may have worsened these days. And as it detailed, climate change was pointed as the one that could have caused it.

The report said that Naama Lang-Yona talked about the worsening of mold allergies during the annual meeting of the American Geophysical Union. Particularly, it relayed that her study with other researchers found out that high carbon dioxide increases the protein in the spores' coat by 8.5 times, thus, making them more allergenic. And as it suggested, it is highly likely that a high level of CO2 got the same effects to other mold varieties.

Here is a part of the post Climate Change Worsens Mold Allergies by My Cleaning Products.

“As you might already know, mold causes health problems. However, the most common that it brings are allergies. And as a doctoral candidate in environmental sciences at the Weizmann Institute of Science in Israel said during the annual meeting of the American Geophysical Union, it was getting worse. The reason is climate change.”

According to My Cleaning Products, with mold allergies getting worse, things will surely become harder for its victims. However, if their presence is prevented, that health risk could be avoided and so is a huge mold remediation expense, it stated.

But the problem is that mold growth couldn't always be prevented, MCP said. The reason, it cited, is the presence of moisture everywhere, which sustains it.

Because of that, MCP said that besides taking preventive measures, one must also always be ready to eliminate mold. However, it advised the public to be careful with their choice of mold removal sprays as most of them today contain harmful chemical ingredients.

To ensure that the treatment is safe, it recommended the use of Molderizer and Safe Shield over all the other products in the market. Besides being safe, it cited that they are effective so they are the best to purchase.

Additionally, it pointed out that the two products offer a complete mold remediation process. And as it explained, that's because Molderizer is specifically mold removal while Safe Shield is for mold prevention.

To try them out, MCP said that there are Molderizer and Safe Shield Complimentary Samples for everyone at MyCleaningProducts.com.