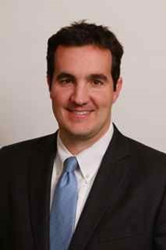 It was a pleasure to take a difficult situation where the insurance company denied coverage and turn it into a great outcome.

The case S20A0107. REID v. MORRIS et al. began in 2016 when Keith Stroud and Lakenin Morris were drinking alcohol. According to Justice Michael Boggs’ unanimous opinion, “Stroud asked Morris to drive his car and gave him the keys even though Morris was obviously drunk and Stroud knew that Morris was drunk, did not have a valid driver’s license, and had a habit of recklessness,” Morris then proceeded to hit a car driven by Alonzo Reid. Morris would later plead guilty to the charge of Driving Under the Influence. Alonzo Reid, represented by Scott Harrison, with Monge & Associates, then brought a claim against Morris and an added claim against Stroud for negligent entrustment of his vehicle in Spalding County State Court, where both were found liable for Reid’s injuries (Morris by default and Stroud by summary judgment).

In the decision leading to the high court case, the trial court declined Reid’s request for punitive damages against Stroud in his role as the negligent entrustor despite a finding that Stroud had acted while under the influence and engaged in conduct susceptible to punitive damages. The trial court felt compelled to follow the rule as outlined by the Georgia Court of Appeals in Capp v.Carlito’s Mexican Bar & Grill, 288 Ga. App. 779 (2007); Corrugated Replacements v. Johnson, 340 Ga. App. 364 (2017); and Am. Material Services v. Giddens, 296 Ga. App. 643 (2009). After Reid appealed, the case then went to the Georgia Supreme Court where Justice Michael Boggs stated that although precedent held that only the DUI driver was the active tortfeasor, “there is no such categorical rule and to the extent that other cases suggest otherwise, they are hereby disapproved." Boggs finally stated, “we must vacate the trial court’s judgment to the extent that the court failed to consider awarding punitive damages against Stroud and remand the case for further consideration.” "It was a pleasure to take a difficult situation where the insurance company denied coverage and turn it into a great outcome for the client and for Georgia law” said Scott Harrison.

According to the prevailing lawyer for the injured plaintiff, Scott Harrison, “the impact of the case remains to be seen in that it depends on how the trial courts interpret the Supreme Court’s decision, but it would seem to allow for punitive-damages awards that are not limited by a $250,000 statutory cap on punitive damages in cases involving multiple defendants.” In closing, Harrison added, “this could be a significant improvement in Georgia law that may be applicable in only a small percentage of cases, but in those cases where it does apply, it can make a significant difference to the injured party.”