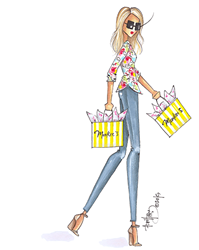 "We have perfected operations and support systems at Monkee's to the point where we are ready to expand more aggressively on a national scale,” says Perry Ludy, Director of Operations for Monkee’s.

“Monkee’s is an outstanding concept in women’s fashion and has been a strong brand for more than 20 years,” says Perry Ludy, Director of Operations for Monkee’s. “The Monkee’s brand has become synonymous with personalized customer service and cutting-edge designer fashion. We have perfected operations and support systems to the point where we are ready to expand more aggressively on a national scale.”

The growth plan calls for 10 to 15 new franchise locations per year nationwide.

Leading the expansion launch is Troy Taylor, Vice President of Franchise Development who brings more than 30 years of experience as a franchisor and franchise developer.

“We have everything we need to quickly expand across the country,” adds Taylor. “For Monkee’s, this is a healthy growth rate, which allows the company to focus on quality franchisees who are committed to following Monkee’s highly successful proven system.”

Monkee’s founder and CEO, Deedee Shaw opened the original Monkee’s store in Wilmington, North Carolina in 1995. The boutique quickly became a shopping destination. The store also captured the attention of Brenda Maready, now co-CEO, who opened the second location in Winston-Salem, North Carolina, and introduced the idea of franchising the Monkee’s concept.

Each year DeeDee and Brenda meet with people, from full-time mothers to corporate executives, who have one common dream: to own a retail business. No matter the level of experience in retail or entrepreneurship, they offer guidance based on their 20+ years of success with the support of their dedicated corporate team.

To learn more about owning a Monkee’s franchise, visit http://www.ownamonkees.com. Franchise inquiries can also be directed to Troy Taylor at 336-529-5200 or troy@shopmonkees.com.

Monkee’s Franchising, LLC is a franchisor of upscale ladies’ boutiques specializing in shoes, clothing and accessories. Headquartered in Winston-Salem, NC, Monkee’s was founded in 1995 and has become one of the most successful organizations of independently owned boutiques in the Southeast. Our boutiques can now be found in Alabama, Florida, Kentucky, North Carolina, Ohio, South Carolina, Tennessee, Texas and Virginia and we are excited as our growth continues nationally. Monkee’s is recognized throughout this region as a leader in providing the finest fashions from the world’s top designers. Visit us at http://www.ownamonkees.com.