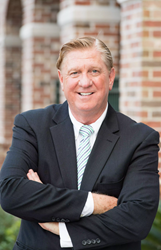 We are delighted to be honoring Denis Gallagher for this prestigious award. He is a visionary leader who has moved the frontiers of his various business interests and created environments in which employees are valued assets and not costs to be minimized. We applaud his leadership.

Mr. Gallagher, an entrepreneur was Founder, Chairman and Chief Executive Officer of Student Transportation Inc. (STI), a leading school transportation company in North America and has over 40 years of experience in the passenger transportation industry. At STI, he directed the strategic operations of the NASDAQ and TSX listed company while leading and developing investor activities through capital raises and explosive growth. Mr. Gallagher is a proven Senior Executive and innovator who has spent his entire career positively impacting the lives and careers of many of the company’s 18,000 employees as well as changing the landscape of the school transportation industry and building his business with a culture of caring while leading the industry in innovation, safety and technology.

“We are delighted to be honoring Denis Gallagher for this prestigious award,” stated Dean Donald Moliver of the Leon Hess Business School, Monmouth University. “He is a visionary leader who has moved the frontiers of his various business interests and created environments in which employees are valued assets and not costs to be minimized. We applaud his leadership.”

Mr. Gallagher currently serves on several private company boards and is a highly sought-after business consultant. In addition to his roles in the transportation realm, over the past decade he has built enterprises in the media entertainment industry and is the Founder and Chairman of Charliewood Entertainment, LLC, a production and investment company based in Charleston, South Carolina. He is also Chairman and principal owner of Front and Center Entertainment which produces the highly acclaimed television shows, Front and Center and Speakeasy, seen on cable and public television across the United States. He also is Chairman and lead investor in Novo Media Group, a Los Angeles-based television and film development and production company.

While he currently resides in Charleston with his wife Mary, he has developed a wide range of business and financial relationships in New York, Chicago, Nashville, Los Angeles, Toronto, Montreal and Paris.

Mr. Gallagher attended Monmouth College on a Trustee Athletic Scholarship where he was a member of the men’s basketball team. After graduating with a B.S. in Business Administration, he became an Assistant Coach for then Coach Bill Boylan and Ron Kornegay. He was a past member of the Board of Visitors, and in 1987 was the youngest member ever elected to the Board of Trustees. In 1992, he received the Distinguished Alumni Award and this last September rejoined the Board of Trustees.

For additional information, contact Monmouth University’s Office of Conference Services and Special Events at 732-923-4713 or specialevents@monmouth.edu.

About the Award:
The Distinguished Business Leaders Award was established in 1983 as part of Monmouth University’s 50th anniversary celebration to pay tribute to the important contributions of the business community in the development of this school during its first half-century. For more than three decades, the award has honored individuals, or groups of individuals, who have made distinctive contributions to the tri-state business community through outstanding corporate and civic leadership. Monmouth University’s Business Council is proud to join the corporate community in celebrating the talents and contributions of these Distinguished Business Leaders and trust that their example will serve as an inspiration to future generations of business leaders.