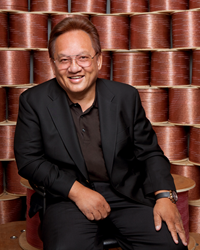 Change is never easy, but one has to look at the company’s product offerings, its value proposition and mission statement, and marketing and sales strategies. Monster is pleased to announce a complete restructuring and revamping of the company.

As Monster celebrates its 40 year anniversary, Noel Lee, the Head Monster is committed to reinventing itself once again. “It is a difficult exercise to constantly look at the relevance of a brand, and the company, and make the necessary changes to become even better and more important to our customers. Change is never easy, but one has to look at the company’s product offerings, its value proposition and mission statement, and marketing and sales strategies. Monster is pleased to announce a complete restructuring and revamping of the company.”

Honesty and integrity for consumers and retailers alike, has always been high on the list of Monster values. To that end, Monster announces the exit of toxic members of its management team who did not fit that mold, and the addition of a new senior management team.

Fereidoun Khalilian (also know as Fred Khalilian and Prince Fred) and the team he brought into the company to do a hostile takeover, has been successfully exited out of the company as of July 27, 2018. A temporary restraining order has been issued against the former executive for the protection of numerous employees of Monster against threats of mutilation, death, and threats to family, in the Superior Court of California, County of San Mateo. A police report was also filed with the South San Francisco Police Department and other law enforcement agencies, including the FBI, against Mr. Khalilian containing, allegations of fraud, theft & conspiracy. See links below.

The rebuilding of the Monster Management team is led by Kevin Lee who has been appointed as Chief Operating Officer and Mike Manske, formerly from Best Buy, as Global VP of sales. Also included are new financial, sales, and operations team, as well as new supply chain partners in the areas of product development, inventory and deliveries.

Retailers will rejoice in a new supply chain model that will ensure more on time deliveries, new products at reduced prices, and a quick to market nimbleness. “I feel that Monster feels like a 40 year old startup with the excitement and camaraderie that is reminiscent of the original Monster teams. It feels great and the energy is Monsterous!” says the Head Monster, Noel Lee.

Lookout for the future of Monster’s product offering into new categories such as in home lighting systems, the integration of Alexa and Google into its products as it adopts to the new world of speech control. New innovations in Monster’s successful Monster Blaster series, as well as new price breakthroughs in the area of HDMI and other areas of connectivity will be shown at CES 2019.

Monster will continue to invest in expanding its brand and reputation for high performance and innovative products just like it was 40 years ago. Monster’s Super Bowl 2018 ad was epic and next year promises to be even more Monsterous.