The Mystic Braves, a small California rock band with a big following, is seeing its streaming numbers increase daily as more and more fans are discovering their unique sound. Front man Julian Ducatenzeiler and lead guitarist Shane Stotsenberg’s recently released single Sea Urchin is now the Mystic Braves song with the most Spotify streams of all time. 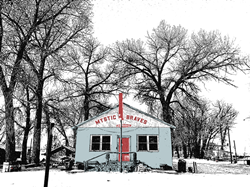 It’s amazing to see how global our fanbase is becoming, and so gratifying to see our streaming numbers increase day by day.

More music fans are listening to indie rock band the Mystic Braves than ever before, as Spotify streaming numbers reach their highest point ever in the band’s decade-long history.

During the first 28 days of its release, one of the Mystic Braves’ most recently released tracks, Sea Urchin, became the band’s highest ever newly streaming single. In addition, more than 2,100 Spotify playlisters have added Sea Urchin, which features front man Julian Ducatenzeiler and lead guitarist Shane Stotsenberg, to their playlists.

Sea Urchin also made the favorite song playlist of French cultural magazine Les Inrockuptibles, alongside other popular tracks from outstanding artists from around the world. The outlet, which focuses on rock music among other topics, played an important role in making indie rock music the popular music genre it is today.

Prior to the release of Sea Urchin in 2021, the Mystic Braves single Quarantine Dreams, released in November 2020, was the band’s highest ever newly released single. Quarantine Dreams was chosen by Café as one of the best 100 songs of the year in 2020, a list which included iconic names such as the Rolling Stones, Fiona Apple, Bruce Springsteen and Kanye West. Café is the highest-selling monthly men’s magazine in Sweden.

“It’s amazing to see how global our fanbase is becoming, and so gratifying to see our streaming numbers increase day by day,” said Julian Ducatenzeiler.

Shane Stotsenberg added: “We are so thankful for all the Mystic Braves fans. They have truly supported us, and we are grateful for the opportunity they’ve given us to put music and art into the world.”

About the Mystic Braves
Rooted in the psychedelic music scene of the 1960s, the Mystic Braves, formed in Murrieta, CA, are the embodiment of today’s Southern California creativity. Over the last few years, the Mystic Braves have emerged at the front of the garage band revival as a beacon of rock and roll authenticity. Their classic, unforgettable songwriting lends itself to energetic, memorable songs. Listen to the music at https://www.mysticbraves.com.