Motorcyclist’s Death is a Reminder of the Importance of Sensible Driving Habits for Everyone on the Road, says Legal Defenders at the Law Offices of Burg & Brock

The Los Angeles-based personal injury law firm comments on a recent article that getting home safely is never guaranteed, especially when drivers and motorcyclists behave recklessly. 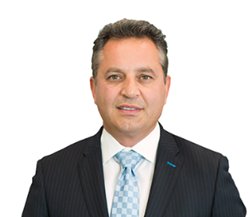 Cameron Yadidi Brock of Legal Defenders at the Law Offices of Burg & Brock.

Aggressive motorcyclists and drivers may think that they are skilled enough to break the rules of the road without consequence, but it only takes a single miscalculation to cause a lethal catastrophe.

A January 19 article on Oregon Live reports on a Portland motorcyclist who was killed while attempting to pass other vehicles by driving against oncoming traffic. The middle-aged motorcyclist was speeding well above the limit and was also not fully licensed to operate a motorcycle. After T-boning an SUV, the man was pronounced dead at a nearby hospital. The occupant of the SUV was unharmed, however. Los Angeles based personal injury firm Legal Defenders at the Law Offices of Burg & Brock says that aggressive motorcyclists and drivers may think that they are skilled enough to break the rules of the road without consequence, but it only takes a single miscalculation to cause a lethal catastrophe.

The firm notes that many reckless drivers have the mindset that a crash could never happen to them because they are skilled, have many years of experience, and so on. And, as the Portland mishap shows, it’s not just young people who are inclined to take foolish chances. Legal Defenders says that aggressive driving habits routinely result in thousands upon thousands of avoidable casualties every year. Moreover, all drivers are at the mercy of those driving around them, the firm notes. If one driver who is driving too fast to try and make an appointment on time happens to meet an intoxicated or distracted driver, the chances of a tragedy are high. The best way to minimize the risks of a devastating collision is to practice defensive driving while driving at an appropriate and legal speed and paying attention to traffic laws – most of which were written for good reasons.

Legal Defenders says that every time a driver makes a risky or aggressive maneuver, they risk debilitating injuries and death, more often than most people think, as well as very costly liability. The personal injury firm says that, other issues aside, those responsible for traffic collisions are also putting the financial and emotional wellbeing of their families at stake—especially if the responsible party does not survive the collision. Moreover

Interested readers can learn more about the Legal Defenders at the Law Offices of Burg & Brock by visiting the firm’s website at https://www.legaldefenders.com or by calling 818-641-1266 or 800-400-4262. The firm adds that it has four locations in Los Angeles and Orange County in Sherman Oaks, Glendale, Beverly Hills, and Irvine. Legal Defenders also notes that it offers free initial consultations for new clients.