CheerMusicPro (Patrick Avard), a leader in cheer music production, has now been streamed more than two million times on its Spotify platform. This increase in streams of CheerMusicPro’s industry-renowned songs and mixes is part of a larger and growing interest in cheer music for listeners who are drawn to the music’s fun and upbeat energy. 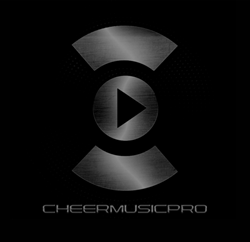 And while CheerMusicPro has a long history of working with teams across the United States to produce music for their programs, I’m humbled by the growing number of people who seem to enjoy my music as the wider culture continues to discover the genre.

With the help of New Level Music – a company that has been creating the most sought-after music in the cheer industry since 2010 and produces custom tracks for some of the top cheer programs in the country – CheerMusicPro has elevated his music making capabilities with the help of instrumental production, vocal recording and professional engineering.

The first producer to commercially release cheer songs and mixes, and the first to bring the genre to the platform, CheerMusicPro has 78,400 subscribed listeners on Spotify and averages 200,000 streams per month, showing the growing popularity of cheer music.

“Over the past couple of years, the cheer music industry has witnessed a huge uptick in interest from the mainstream and general public,” said Patrick Avard, founder of New Level Music and the talent behind the CheerMusicPro moniker. “And while CheerMusicPro has a long history of working with teams across the United States to produce music for their programs, I’m humbled by the growing number of people who seem to enjoy my music as the wider culture continues to discover the genre.”

“CheerMusicPro tracks are upbeat and high energy, and some may draw comparisons to electronic dance music and other popular styles of music. Aside from providing great foundations for cheer programs – they’re also great for working out or everyday activities,” Patrick Avard added.

In addition to Spotify, CheerMusicPro’s songs and mixes are also available on Apple Music, Amazon, YouTube, TikTok, and all other major streaming services.

About CheerMusicPro
CheerMusicPro (Patrick Avard) is a pioneering and leading music producer in the competitive cheerleading industry. With over twenty years’ experience in the industry, CheerMusicPro has become the go-to name in producing top-level custom tracks for cheerleading programs across the United States. CheerMusicPro tracks have been used by 168 teams who have won medals at the cheerleading World Championships, and his custom-tailored tracks have also helped 65 world champion teams take home gold. Learn more at http://www.cheermusicpro.com

About Patrick Avard
Patrick Avard is an entrepreneur and top music producer for the competitive cheerleading industry. Known by his producer name CheerMusicPro – Avard has helped establish cheer music as its own genre and has popularized the music of the sport to an outside market. With his team at New Level Music in Atlanta, Georgia, Patrick Avard continues to expand the footprint of music production in the cheer industry and crafts custom-tailored mix tracks for the largest cheer programs in the United States. Learn more about Patrick Avard at http://www.patrickavard.com

About New Level Music
New Level Music is a worldwide and hands-on music production company that offers full-time service to customers wanting custom routine music in the cheer industry. Working with the top artists, producers and engineers in the industry and offering a full-service menu of pricing options and a dedicated customer service team to handle every music need, New Level Music simplifies the process of finding the right music for every cheer routine. To learn more about New Level Music, visit https://newlevelmusic.com.