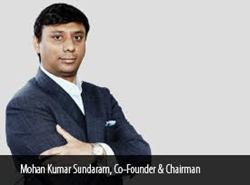 MVNO - an operator focusing on niche customer segment and part of the $1.03Tn Market

Surf Telecom and its Indian Telecom partner of choice PLINTRON breaks the barrier of one million subscribers in Brazil. Yon Moreira Surf Telecom President states that, "With customers in more than five thousand cities in a continental area bigger than Europe, Surf Telecom was awarded as the fastest growing prepaid telecom company in 2018 by the local regulatory agency Anatel. Being a leader not only in net adds but as well in customer satisfaction, according to the independent “Reclame Aqui” organization, brings a sense of accomplishment. Thanks to the partnership with our Indian Telecom Technology Partner PLINTRON."

PLINTRON is the world’s largest Multi-Country Mobile Network Service provider, which is the only Indian Telecom Technology company to have this first position in the world of cloud virtual mobile networks. PLINTRON is operating in 28 countries for its customers worldwide, has launched branded and successful mobile businesses, and also has its own mobile service telecommunication licenses in USA, Italy, Austria, Mexico, and India. In India next to the four national network operators, PLINTRON becomes the 5th National Mobile Service provider with its VNO National license.

Mohan Kumar Sundaram, Chairman of PLINTRON Group, states that, "We as Global technology company follow our Prime Minister Modi’s vision on innovation and growth, and are proud to contribute on the Intra-BRICS development plan. BRAZIL President Jair Bolsonaro’s announcement that Indians will no longer require visas to visit Brazil, is highly welcoming. We are pleased about India Telecom Ministry announcement of $9.6 Billion including 4G spectrum to revive our India Host BSNL which will aid PLINTRON to be successful in India too. With these successful footsteps, soon we will expand to rest of the BRICS countries."