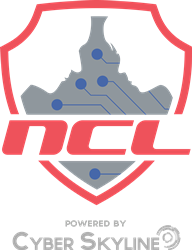 “I’m proud of the achievements our NCL team has accomplished. As I shift my energies to help K-12 students learn cybersecurity skills as a sport, I have every confidence in David Zeichick to take NCL to new heights as the next Commissioner.”

The National Cyber League (NCL), powered by Cyber Skyline, has announced that David Zeichick, Assistant Professor, Computer Science Department at California State University Chico, will be its next Commissioner.

Zeichick takes on the role held for the last four years by Dr. Dan Manson, Emeritus Professor at California State Polytechnic University–Pomona. Manson, together with NCL Board Members Dr. Costis Toregas and Dr. David Durkee, has shepherded a three-fold growth in student participation in NCL during his tenure as Commissioner.

“Helping students by providing them a fun, competition-focused pathway to cybersecurity careers is one of my life ambitions,” said Manson. “I’m proud of the achievements our NCL team has accomplished. As I shift my energies to help K-12 students learn cybersecurity skills as a sport, I have every confidence in David Zeichick to take NCL to new heights as the next Commissioner.”

As coach of a winning NCL team, Zeichick is intimately familiar with the NCL Competition itself. Most recently, he also served as an NCL Coach Ambassador, assisting and mentoring other coaches.

Zeichick will preside over a transition stage for the NCL competition, as management processes change toward a greater role for Cyber Skyline, which has provided the competition’s technology platform and challenge content over the past six years.

“I am incredibly honored to be serving as the next Commissioner of NCL,” said Zeichick. “It was Dan Manson who introduced me to the concept of a cyber athlete and encouraged me to get my students involved in the NCL. I believe including the NCL as part of my computer security class curriculum was one of the most impactful pedagogical changes I have made. As the new commissioner, I plan to continue working with other teachers to identify new ways for NCL to be incorporated into more classes - from high school, through college and 4-year degree universities.”

NCL has also created a new Coaches Committee of dedicated academic instructors, who will serve as advisors offering recommendations and feedback to the NCL Team. The Coaches Committee will provide a leadership structure for NCL’s growing community of coaches, which meets every month.

NCL is a biannual cybersecurity competition in which more than 12,000 high school and college students from 700+ academic institutions participate annually. The competition consists of challenges to test and build their cyber skills. Students learn how to better identify hackers from forensic data, recover from ransomware attacks and break into vulnerable websites. Students compete and not only represent their schools, but also receive “Scouting Reports” of their individual performance, which verify in granular detail their hands-on cybersecurity skills to potential employers.

The NCL Annual Report is accessible at this link. For more information on NCL, partnership opportunities, sponsorships, coaches’ resources, or how to compete, visit nationalcyberleague.org.

About the National Cyber League:
Founded in 2011 by an alliance of public agencies dedicated to developing the next generation of cybersecurity professionals, the NCL is a nonprofit cybersecurity competition that measures the ability of students to perform real-world cybersecurity tasks. Powered by industry-leading cybersecurity skills evaluation technology from Cyber Skyline, the competition has students identify hackers from forensic data, break into simulated bank websites, recover from ransomware attacks, and more.