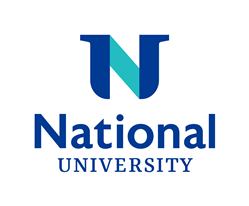 National University, the veteran-founded nonprofit university that serves more than 40,000 working adult learners, educators, and members of the military community, joined the U.S. Chamber of Commerce’s Hiring Our Heroes to present the Transition Trucking Scholarship to the 2022 Transition Trucking: Driving for Excellence Award Winner Ashley Leiva.

The winner was officially announced at the U.S. Chamber of Commerce in Washington D.C. on Friday, December 16, and awarded a full-tuition scholarship by National University’s Senior Vice President of Military and Government Programs Meg O’Grady. Joined by leaders from Kenworth, Fastport, the American Trucking Associations, and Hiring Our Heroes—Ashley was also handed the keys to a new Kenworth T680 Next Gen long-haul tractor-trailer, valued at over $175,000, to help support her family’s trucking business.

Two other finalists received cash prizes of $10,000 each at the celebration, which was the culmination of a national public vote to help select, “America’s top rookie military veteran driver.” The finalists were previously nominated by their employer and chosen by a selection committee.

“Veterans are often natural leaders who become successful small business owners and entrepreneurs,” said O’Grady, “At National University—not only were we founded by a veteran—but the spirit of supporting veterans is in our DNA. We’re proud to team with Hiring for Heroes to empower veterans like Ashley who are the heartbeat of keeping our nation’s supply chain moving as she carries forward her family tradition of being a woman business leader.”

Texas native Ashley Leiva is a 15-year combat veteran having served two deployment tours in Iraq and Afghanistan. It was her mother, Noemi Leiva, owner of Leiva Trucking, who inspired her to serve in the Army. Ashley credits Noemi—who entered the male-dominated trucking industry as a single mom to build her family business—for instilling the courage to carve out Ashley’s own military career. It was that same courage Ashley drew upon when Neomi unexpectedly passed away and Ashley left the military to join her brother Johnny to ensure their mother’s legacy and business live on. In addition to applying her military skills to serve her community and grow her commercial business by safely hauling hazardous material, Ashley is pursuing her business management degree.

About National University: National University, a veteran-founded nonprofit, has been dedicated to meeting the needs of hard-working adults by providing accessible, affordable, achievable higher education opportunities since 1971. As San Diego’s largest private nonprofit university, NU offers over 100 online and on-campus programs and flexible four-week classes designed to help students reach their goals while balancing busy lives. Since its founding, the NU community has grown to 40,000 students and 200,000 alumni around the globe, many of whom serve in helping industries such as business, education, health care, cybersecurity, and law and criminal justice. Learn more at NU.edu