Pleased that aggressive campaign for a “true and complete” population count was successful. 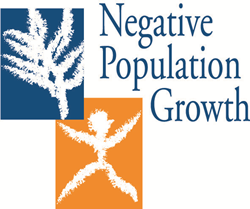 “This information is so crucial for long-range planning by federal, state and local governments, as well as businesses and other major groups, that any proposal that could skew the real numbers should never have been put forth in the first place.”

Negative Population Growth President Donald Mann praised the U.S. Supreme Court’s decision in Department of Commerce v. New York to block a question on the 2020 Census regarding recipients’ citizenship status. The 5-4 majority, written by Chief Justice John Roberts, put a halt to including the question on the tens of millions of U.S. Census forms that are due to go to press soon so that they will be ready for mailing in mid-March, 2020.

NPG’s praise for the Court’s actions comes on the heels of an aggressive and vocal campaign of press releases highly critical of adding the citizenship question since it was first announced in 2018. In addition, NPG recently ran a national ad containing an “Open Letter” directed to the Court’s nine justices to “ensure a complete population count in the 2020 U.S. Census.”

NPG’s firm stand on the issue was based on a strong concern that a citizenship question would potentially deter countless millions of people from participating in the national Census which was designed to obtain a fair and accurate count of all individuals who reside in America.

Mann made clear that a major undercount during this census cycle would be especially worrisome. “Essentially,” he said, “it would be a huge mistake to look toward our shared future relying on data that came up far short of the true numbers of people presently in our country.” He noted: “This information is so crucial for long-range planning by federal, state and local governments, as well as businesses and other major groups, that any proposal that could skew the real numbers should never have been put forth in the first place.”

While Roberts’ ruling was an immediate blow to the Trump administration’s quest to add the question to all Census documents for the first time since 1950, the ruling opened the door for the issue to again be revisited by the courts, thus leaving the citizenship question not totally resolved.

Indeed, President Trump’s immediate response that he might delay the constitutionally-mandated decennial count of the nation’s population drew a strong rebuke from Mann who said: “It would be tragically wrong to disrupt the long-planned 2020 Census schedule this late in the game.” He added: “For the good of the country, it’s time for President Trump to put politics aside on this issue. If he continues to fight this matter, NPG will remain a voice of reason against those efforts.”

In finalizing his comments on this issue, Mann observed: “In all, for the thousands of Americans working with NPG to slow, halt and eventually reverse population growth, our greatest concern is that the final tallies from the 2020 Census will continue to show our nation is on a dangerous population trajectory that greatly threatens America’s economic, social and environmental future and will seriously undermine the quality of life for our children and grandchildren.”