“Trophemus” from Christian Faith Publishing author Neshamah Clay is a thrill ride from the start as readers discover a unique and imaginative new world filled with unexpected lessons. 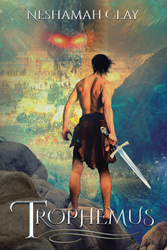 Clay shares, “No one would have ever dreamed how by means of an innocent young man’s discovery of his secret place at the tender age of twelve it could have affected Trophemus, his family, and his entire impregnable and sheltered country providentially for the rest of his two lives he would be forced to live.

“Trophemus was appraised by everyone in the entire nation of Tatonka to be a righteous, good, honest adolescent of the highest moral reputation. He was of unfailing morality but truly as tough as flint, a virtuous young man being of pristine character, well-respected, beyond repute, being required to live in an imperfect world!

“His father trained him from the beginning as a small boy to always listen to his God-given intuition within his heart for the good of all. Trophemus knew that his intuition would never tell him to do evil, and as long as he was directed to do good, he should listen. And listen he would!

“Trophemus did have much difficulty making sense of and discerning God’s requirement to keep his secret place hidden from all. But time does have a way to envelop all our misunderstanding concerning God’s direction in every decision we make. Mystery always surrounds us as we live a righteous, high-integrity human life. He knew well integrity is living the highest moral standard in our daily human life, whether anyone sees us or not, even when we are all alone. This kind of righteous daily living brings peace into one’s heart. Peace has a source, and Trophemus was a man on earth full of peace and goodwill to all those in Tatonka who live righteous lives. But not all will live righteous lives as Trophemus gradually learns Schrum is a young man who personifies and emanates evil. Thus his two lives providentially whirl around this antagonistic creature on earth named Schrum.

“As the race begins in the first chapter by which a fourteen-year-old boy becomes a man, Trophemus has the highest expectations, and all is peaceful in the safe and secure country of Tatonka. Will this man-boy’s becoming a man fulfill what destiny has been immaculately arranged upon him? Trophemus!”

Clay presents an enigmatic thriller for readers to enjoy as untold destiny unfolds for a young man and an unexpected adversary.

Consumers can purchase “Trophemus” at traditional brick & mortar bookstores, or online at Amazon.com, Apple iTunes store, or Barnes and Noble.

For additional information or inquiries about “Trophemus,” contact the Christian Faith Publishing media department at 866-554-0919.