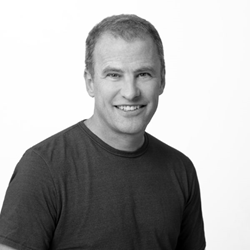 "I am thrilled to be joining the Neural Magic team full-time and helping the company to deliver on its mission of AI everywhere.

Today, Neural Magic, an AI company offering a novel software architecture for machine learning, announced that industry veteran Brian Stevens will be joining the company as Chief Executive Officer. Stevens brings vast experience in open source, enterprise, and hyper-scale cloud to the team. Before joining Neural Magic, Stevens was Vice President and CTO of Google Cloud and Executive Vice President and CTO of Red Hat. Stevens will lead the company as it continues to create groundbreaking algorithms and tools that bring software, rather than specialized hardware, back to center stage in machine learning infrastructure.

“I am thrilled to be joining the Neural Magic team full-time and helping the company to deliver on its mission of AI everywhere,” says Brian Stevens, CEO of Neural Magic. “While GPUs today are a great fit for training models, they unfortunately put a lot of constraints on inference deployment environments for AI-powered applications. Our goal is to enable models to perform as well on commodity hardware as they do on GPUs - and with that open up a more flexible world of software delivered AI.”

This announcement comes on the heels of the company open-sourcing its tools for sparsifying ML models and making its DeepSparse CPU inference engine freely available. Neural Magic’s software platform allows data scientists and ML developers to build sparse models using simple recipe-driven approaches, and run them at GPU speeds on commodity CPUs. It brings to ML the simplicity, flexibility, and scalability of commodity CPU software, in the cloud, the data center, and the edge.

“Brian has the perfect background for Neural Magic. His roles as CTO of Red Hat and Google Cloud provide him with the experience to make Neural Magic the leading platform for software-based machine learning -- making it simple, affordable, and scalable for customers of all sizes,” says Jamie Goldstein, Founder & Partner at Pillar VC. “We’ve had the opportunity to work with Brian for several years as our Executive Chair and couldn't be happier than seeing him take the helm as CEO.”

To find out more about Neural Magic, please visit: https://neuralmagic.com/

About Neural Magic:
Neural Magic is making deep learning faster, affordable, and flexible with automated model sparsification technologies that minimize footprint and allow models to run on CPUs at GPU speeds. The company is spun out of MIT by founders Nir Shavit and Alexander Matveev who were frustrated by the limitations imposed by GPUs. Neural Magic investors include Amdocs, Andreessen Horowitz, Comcast Ventures, NEA, and Pillar VC.