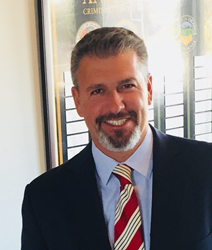 We always believed in in Neurosurgeon Dr. Serge Obukhoff's innocence and we are eternally grateful the jury agreed.

In the early afternoon hours of August 13, 2021, in the United States District Court, Central District, Santa Ana, the Honorable Josephine L. Staton presiding, the jury in United States of America v. Dr. Serge Obukhoff, Case No. CR:18-00140-JLS, after a nearly three week federal criminal jury trial, issued a verdict of Not Guilty on all 35 counts of conspiracy and healthcare fraud contained in the Indictment.

According to case documents, the case stemmed from allegations that Michael Drobot Sr., former owner of Pacific Hospital of Long Beach paid $2.3 million in kickbacks to Neurosurgeon Dr. Serge Obukhoff to induce the neurosurgeon to direct his patients to Paciific Hospital in violation of the anti-kickback statute, honest services fraud statute, conspiracy, wire fraud and mail fraud. Additionally, the Indictment alleged that Dr. Obukhoff accepted kickbacks in the form of free rent and a paid medical directorship with Willow Medical Group as inducement to direct spinal surgeries to Monrovia Hospital.

Defense attorneys Michael Artan, Glen Jonas & Kevin Cauley countered that the defendant honestly held the belief that the $2.3 million was paid to him as part of an option agreement for a management company to buy his medical practice. Additionally, Dr. Obukhoff was advised by the attorney for the management company, Michael Tichon, that the agreement was legal, valid and customary. Dr. Obukhoff testified that he had done more than a 1000 surgeries at Pacific Hospital prior the option agreement and that he did not know that Michael Drobot Sr., and the healthcare company's attorney Michael Tichon engineered a 15 year healthcare fraud conspiracy that raked in $500 million. Dr. Obukhoff testified that he was lied to by the attorney and Michael Drobot. Dr. Obukhoff further testified that his directorship with Willow Medical Group was valid and that in fact he never sought out or received any kickbacks in the form of rent.

Defense attorneys Michael Artan, Glen Jonas, Kevin Cauley, and paralegals Adam De Leon and Liliana Monroy are grateful to Judge Josephine L. Staton and her Courtroom Deputy Melissa Kunig, and court staff, and the jury for their hard work on this matter. If you need further information call Glen Jonas (213)683-2033 or Michael Artan (213)688-0370