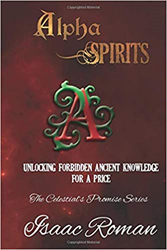 There is no such thing as eternal darkness when there are hearts that still shine.

Daniel Twist, a young boy in Indiana bids farewell to his father and older brothers who go off to military training while under the care of his guardian. A week later he starts to hear strange noises up in the attic and like any other curious kid he goes to investigate what is making that racket. Unexpectedly he finds a secret room in the attic that hides an old ornate box that rests on a table ominously. A letter attached on the box tells the reader he will be granted power like no other could ever wield if he wishes to be gifted with the power of Alpha. Not heeding the warning he unleashes ancient evil spirits just as the old legend of Pandora’s box. Now Daniel must become a spirit tamer in order to save the world and be rid of his contract, after all he has no choice, for he became a target of the Sins.