New Online Show Women-Leading-Fearlessly Aims To Help Women Develop An Unshakable Belief In Themselves Through Mindfulness, Habit-Building, and Emotional Intelligence

According to Jennifer Rivlin, doctor of industrial & organizational psychology, “Many women have everything they need to rise to the top except a core, unshakable belief in their own value.” The show includes over twenty thought-leaders in leadership, mindfulness, habit-building, and women-at-work, giving new perspectives and practices in exclusive 20-minute video interviews and bonus actions and practices. The show launches February 18th and is free to subscribers at https://women-leading-fearlessly.com 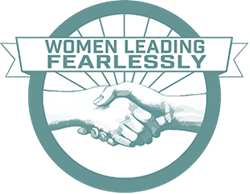 Many women have everything they need to rise to the top except a core, unshakable belief in their own value.

The idea for the show came after Rivlin’s epiphany that she could learn to let go of negative thoughts, chronic worrying, and self-limiting beliefs by changing her habits of mind and behavior.

According to Rivlin, doctor of industrial & organizational psychology and consultant and coach to FORTUNE 500 companies and individuals, “Fear can be limiting the power of even the most well-equipped leaders and keep them from realizing their full potential. Many women have everything they need to rise to the top except a core, unshakable belief in their own value.”

In Rivlin’s multi week-long vidcast series, she interviews one field authority per day, each hand-selected to share their research and insights on leadership, mindfulness, habit-building or women-at-work, all through the lens of addressing fear. Each expert lends a new perspective on what it means to become fearless and how to begin to replace fear-driven thoughts and behaviors that hinder work and life.

Current statistics illustrate that even with the huge strides women have made over the last few decades (and the last 2 years), women still have many barriers to cross: receiving 2% of VC dollars, under-earning, and continued struggling with work-life balance are just a few examples in which fear may be holding women back from taking big bets, negotiating salaries, and taking their earned time off.

Women Leading Fearlessly is a subscriber-only vidcast where experts in leadership, mindfulness, habit-building and women-at-work help women axe the anxiety, say “pass!” to perfectionism, and become a more confident leaders. The 20-minute interviews are hosted by Dr. Jennifer Rivlin, a Ph.D. of industrial & organizational psychology and leadership coach. The show launches February 18th and is free to subscribers at https://women-leading-fearlessly.com