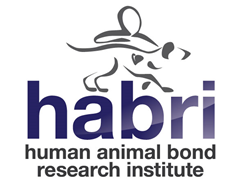 The Human Animal Bond Research Institute (HABRI) announced today the online publication of a study titled, “The Effect of a PTSD Service Dog on Military Veterans’ Medication Regimens: A Cross-Sectional Pilot Study”, in the journal Anthrozoos. Findings of the study, conducted by researchers at the Purdue University College of Veterinary Medicine and the Purdue University College of Pharmacy, found no significant differences between post-9/11 U.S. veterans living with post-traumatic stress disorder (PTSD) who were provided with a psychiatric service dog and veterans on a waitlist to receive a service dog in terms of number and type of medications reported. However, veterans with a service dog were more likely to report that their doctor had decreased dosage or removed medications, as compared to veterans on the waitlist to acquire a service dog.

“Our previous research has found that PTSD service dogs can improve specific areas of functioning and symptomology for military veterans. This new research builds on these findings by exploring how PTSD service dogs impact veterans’ medication use,” said study co-author Dr. Kerri Rodriguez, Postdoctoral Researcher at Colorado State University. “These results indicate that PTSD service dogs played a positive supporting role. Veterans kept up with their medication regimens, indicating that the presence of the service dog was not associated with any lapse in standard treatment. While having a PTSD service dog may not completely alleviate veterans’ needs for sleep, pain, or anxiety medications, there were reported decreases in dosage levels, shedding additional light on the potential value of these service dogs as a complimentary intervention.”

The objective of this study was to quantify the effect of PTSD service dogs on medication use among a population of military veterans with PTSD. Fifty-two veterans living with a PTSD service dog and 44 veterans on a waitlist to receive a service dog were recruited from a database of individuals from K9s For Warriors. Both populations of veterans received treatment as usual. Of participants who reported at least one medication (n = 96), participants listed an average of 6.87 medications in their regimens, including both prescription and over-the-counter medications. No significant differences in medication types or numbers between those with a service dog and those on the waitlist were found. However, researchers found that veterans with a service dog were more likely than those on the waitlist to report that their doctor had decreased dosage or removed medications since getting their service dog. In contrast, veterans on the waitlist were more likely to report that they had experienced no changes or an increased dose in their medications.

“The fact that veterans with service dogs reported a decrease in medication dosages while maintaining their primary medication regime overall adds to our scientific knowledge base about the benefits of service dogs as a complementary therapeutic intervention for veterans living with PTSD,” says Steven Feldman, President of HABRI. “It is our belief that these results will not only provide important future directions for continued research, but will also provide doctors, policymakers and the public with further evidence for more widespread consideration of service dogs as a positive option for veterans with PTSD.”

Findings on PTSD symptomology were first published in The Journal of Consulting and Clinical Psychology, and reveal that veterans suffering from PTSD exhibited better mental health and well-being on several measures if they had a service dog, including lower overall symptoms of PTSD, lower levels of depression, higher levels of life satisfaction and higher overall psychological wellbeing.

Additional findings, published in the journal Psychoneuroendocrinology, focus on the objective indicators of mental health and wellness among veterans with PTSD. Specifically, the researchers measured physiological arousal (through the salivary cortisol awakening response) across groups as well as sleep quality and other indicators of stress, and found that the results complement the self-report assessments of psychosocial functioning reported in the first paper, and indicate better sleep quality, less anxiety, less anger and less alcohol abuse in veterans with a service dog.

“The combined results from this research, including these findings on medication usage, provide a foundation for continued investigation of the impacts of PTSD service dogs for veterans, including a more comprehensive look at their impact on pharmacotherapy,” added Dr. Rodriguez.

About HABRI
HABRI is a not-for-profit organization that maintains the world’s largest online library of human-animal bond research and information; funds innovative research projects to scientifically document the health benefits of companion animals; and informs the public about human-animal bond research and the beneficial role of companion animals in society. For more information, please visit https://www.habri.org/