AskBio continues to lead the path for gene therapy development and cost-effective manufacturing methods based on the contributions of its co-founder, Dr. Jude Samulski. 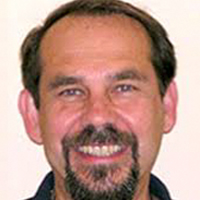 Dr. Samulski’s research into rAAV, a non-pathogenic virus found in all humans, now forms the foundation of the majority of gene therapies in development today.

The FDA’s approval of Zolgensma®, a gene therapy drug from AveXis, a Novartis company, for Spinal Muscular Atrophy (SMA), marks another gene therapy success resulting from AskBio co-founder Dr. Jude Samulski’s discovery of how to use Recombinant Adeno-Associated Virus (rAAV) to deliver therapeutic genes and other reagents to cells. Specifically, the Spinal Muscular Atrophy (SMA) gene therapy uses Dr. Samulski’s hybrid and self-complementary vector technologies, which increase the efficacy of rAAV drug and is part of a broad portfolio of technologies he continues to develop to advance potential gene therapy cures. Dr. Samulski’s research into rAAV, a non-pathogenic virus found in all humans, now forms the foundation of the majority of gene therapies in development today.

Zolgensma is one of two FDA-approved gene therapies currently available that uses AskBio’s and Dr. Samulski’s next generation rAAVs (the other being Luxturna, which treats a form of blindness). The AAV groundbreaking gene therapy technology is the basis for treating a wide variety of diseases, including several diseases in AskBio’s clinical portfolio such as Duchenne Muscular Dystrophy (transferred to Pfizer as part of the Bamboo acquisition), hemophilia (transferred to Takeda as part of the Chatham acquisition), Pompe, Parkinson’s, heart failure, Huntington’s Disease, epilepsy, Limb Girdle 2i and Myotonic Dystrophy, among others.

“I have felt a personal obligation to facilitate the science that I’ve pioneered to help patients by advancing treatments for these diseases. I look forward to continuing my work to beneficially treat as many patients as possible with this transformative technology that cures disease by correcting the underlying genetic defect,” said Dr. Samulski. “As we continue to see the efficacy for using rAAV as a means for successfully delivering gene therapy as a potential cure for many genetic diseases, another primary focus of AskBio today is to develop methods that can bring these therapies to patients as cost-effectively as possible.”

After Dr. Samulski completed his doctorate in Nick Muzyczka’s lab at the University of Florida in 1982, his research and dissertation for cloning AAV launched a field that now provides hope for millions of patients suffering from devastating diseases for which there are no treatments. Under Dr. Samulski’s direction today, AskBio has engineered a library of rAAVs that target delivery to particular tissues, avoiding detrimental side effects by minimizing delivery to off-target tissues. More importantly new efforts have expanded the number of patients eligible to receive gene therapy treatments by curtailing the impact of neutralizing antibodies. Dr. Josh Grieger, AskBio’s Chief Technology Officer, in collaboration with Dr. Samulski, created the Pro10™ manufacturing system, which uses a HEK293 cell suspension system to manufacture high yields of rAAV virus material. The Pro10™ method can significantly lower the cost of producing these new curative gene therapies in greater scale than other current methods.

The self-complementary vector and Hybrid AAV technology used in the Zolgensma product was licensed by AskBio to AveXis in 2015. The Pro10™ system is owned by AskBio and has been licensed to Pfizer and Takeda. AskBio’s affiliate, Viralgen Vector Core, uses the Pro10™ manufacturing system for contract manufacturing purposes.

The most severe form of SMA has a 90 percent mortality rate (or patients require the use of permanent ventilation) before the age of two. Zolgensma is a one-time treatment for SMA designed to restore production of a full-length SMN protein in motor neurons by delivering a functional copy of the SMN gene. In published clinical trial results of Zolgensma, all 15 patients who received the therapy were alive and did not need permanent ventilation at 24 months after treatment.

Sheila Mikhail, AskBio’s Chief Executive Officer, commented, “We congratulate the teams at AveXis and Novartis on gaining approval to launch Zolgensma to treat SMA. This marks another major validation of the methodologies and technology developed by Dr. Samulski and Dr. Xiao Xiao, also a co-founder of AskBio. Seeing the impact that Zolgensma can have on the estimated 400 children a year in the U.S. who are born with SMA provides further motivation to our teams to continue developing rAAV gene therapy cures and methods for lowering the cost of delivery. We are confident that AskBio will continue to lead the way in this exciting and important field.”

About Jude Samulski, Ph.D., AskBio Co-Founder
Dr. Samulski received his Ph.D. in Medical Microbiology and Immunology from the University of Florida. Dr. Samulski’s graduate work (1978-82) demonstrated the first use of AAV as a viral vector and culminated in the first US patent involving non-AAV genes inserted into AAV. After completing post-doctoral training at Princeton, Dr. Samulski was hired to provide his expertise in AAV biology as a member of the scientific advisory board of Avigen, a new AAV research company. Later, in 1993, Dr. Samulski cofounded an AAV-based gene therapy company called Merlin. This research group was headed by Dr. Xiao and was the first group to demonstrate AAV-mediated long-term gene transduction in muscle (J. Virology, 1996). This finding precipitated a merger of Merlin with Somatix, Inc., which then merged in 1995 with Cell Genesys. In total, Dr. Samulski has worked with AAV for 40 years, and for 25 years, was director of the University of North Carolina Gene Therapy Center. Dr. Samulski was the scientific founder of Bamboo Therapeutics, Inc. and served as the Chief Scientific Officer and Executive Chairman of the company until its acquisition by Pfizer in 2016. Upon its acquisition, Dr. Samulski joined Pfizer, as VP Gene Therapy, to ensure the successful transition of Bamboo’s Duchenne Muscular Dystrophy therapeutic.

Dr. Samulski is a former member of the Recombinant DNA Advisory Committee (RAC), a committee tasked with assisting the FDA with approving or disapproving gene therapy clinical trials in the United States. Dr. Samulski also frequently serves as a gene therapy consultant to the FDA. In 2008, Dr. Samulski was recognized by the American Society of Cell and Gene Therapy with the Inaugural Lifetime Achievement Award for his work. Dr. Samulski has been invited by Pope Francis to attend the Vatican as recognition for his work in the treatment of Canavans. Dr. Samulski has advanced into human clinical trials therapeutics for hemophilia, Duchenne Muscular Dystrophy, Giant Axonal Neuropathy, and heart failure. Dr. Samulski is the inventor of over 280 patents and applications related to AAV technology.

About ViralGen VectorCore
Viralgen Vector Core exists to address a critical need in gene therapy – the need to produce large batches of cGMP rAAV in a flexible suspension platform. Leveraging the industry-leading experience of Askbio, Viralgen was created as a CDMO to enable quicker and more efficient development and manufacturing of AAV gene therapy, putting an exclusively-licensed cell line, manufacturing expertise and experience to work for clients seeking to improve the health and welfare of people around the world. For more information, visit http://www.viralgenvc.com.

Zolgensma® is a registered trademark of AveXis, Inc.