Strategic location will give company access to Payments-industry talent 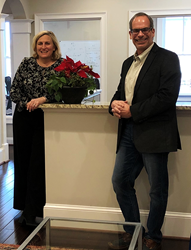 Nexus, a leader in accounts payable automation for the real estate industry, announced the opening of a new office near Atlanta, GA. The expansion will further strengthen Nexus’ ability to deliver long-term value to its myriad of customers and partners in the region, as well as leverage the city’s deep talent pool.

“Nearly 70% of all U.S. payments transactions are handled in Atlanta,” said Tom Coolidge, Nexus CEO. “That makes this the right place for Nexus to expand and support our commercial and multi-family real-estate customers. As we innovate further on our electronic payments offering, we’ll be able to tap into the brilliant minds from this world-class FinTech and Payments hub.”

Already, one in five of the world’s largest real estate companies use the Nexus AP automation platform to automate accounts payable and control their spend.

The Nexus platform is designed specifically for real estate companies, which need to process thousands of invoices a month from a broad range of suppliers, from the one-person landscaping company to the multi-billion-dollar retail store.

With just a few clicks, Nexus users can buy goods and services, send electronic purchase orders, and manage and approve invoices – all from the same platform. They can also pay their suppliers with a range of payment options, including Nexus virtual card, which provides a rebate on their spend.

The office, located in Alpharetta, is run by Nexus’ Chief Customer Officer, Jenn Taylor, and Chief Product & Technology Officer, Julio Palacio. Both led the former Alpharetta-based company, eSecuritel, which grew from 10 to almost 300 employees before it was sold to Brightstar Corp. in 2011.

About Nexus
With Nexus Procure-to-Pay software, real estate companies can manage every aspect of the accounts payable process – from purchase to payments – with just a few clicks. The web-based platform automates manual AP tasks and provides complete visibility into suppliers, budgets, and spend. No more paper, wasted time, nor guesswork. Nexus makes it easy to maintain and expand the supplier relationships at the heart of the real estate business. Visit http://www.Nexussystems.com.